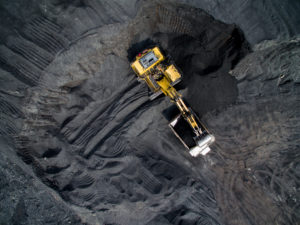 Leading carbon offset verifier, Gold Standard, has publicly voiced opposition to the proposed use of its credits by a British coal mining company.

Last week, Quantum Commodity Intelligence reported that the first UK coal mine to be approved in 30 years “is likely to use Gold Standard or equivalent carbon offsets in efforts to become a net zero-compliant project”.

The coal mine, which was authorised on 7 December by UK secretary of state for levelling up, Michael Gove, is located in Whitehaven, Cumbria. It will be used for steel-making rather than power generation.

The developer, West Cumbria Mining, which is owned by private equity firm EMR Capital, has dubbed the project “the world’s first net zero mine”.

Responding to the claims, Gold Standard CEO Margaret Kim said: “Justifying the development of a new coal mine with our carbon credits and using them to claim ‘carbon neutrality’ for the project is nonsense. We are in a climate emergency and new extraction of fossil fuels is unjustifiable.

“Our claims guidelines make it clear that to make an offset claim organisations should prioritise the avoidance and reduction of emissions – something that is clearly impossible for a coal mine.”

While the Swiss standard and certification body often makes statements on carbon credits for offsetting, it rarely comments on specific projects.

Owen Hewlett, Gold Standard’s chief technical officer, explained that the firm was referenced in the original planning appeal for the coal mine so wanted to make it clear that it did not support the project.

“Paris moved us into an era of science-aligned targets for countries and Science Based Target initiatives did the same for companies,” he said. “So ‘reduce as much as you can’ became ‘reduce in line with the 1.5C goal’. Our view has always been that companies should reduce their emissions in line with that pathway and then take responsibility for what’s left over, which is where offsetting comes in.”

The coal project has been widely criticised, including by key figures such as COP26 president Alok Sharma, chair of the UK government’s Climate Change Committee John Gummer, and US climate envoy John Kerry.

Hewlett noted that Gold Standard is clear about what it considers acceptable uses of carbon offsets.

“While we may not have control over who can buy carbon credits, our guidance specifies what Gold Standard does and doesn’t consider to be offsetting,” he said. “We’re able to say that if you want us to support your offsetting claim, you’re going to have to follow this claims guidance.”

The firm is set to launch its Contribution to Global Net Zero programme next year, which will guide companies on how they can contribute to global net zero efforts rather than just make claims about being net zero. The initiative will outline how a company’s value chain should be decarbonised and will also set carbon prices for residual emissions, which can be reinvested into mitigation and action.

“For carbon markets, the approach needs to start with what a responsible company is doing in the context of a climate emergency, and then think about where carbon markets fit in rather than the other way around,” said Hewlett.

“The market is a scalable space as it allows formal and informal collaboration and easy participation. The critical thing for us is: what is its place and is it being reported properly considering what a good company should be doing? If it fits within that context and is used correctly, then I think it has a lot of benefits. If not, it has the potential to displace ambition and become a bit dangerous.”

West Cumbria Mining did not respond when contacted by Responsible Investor.