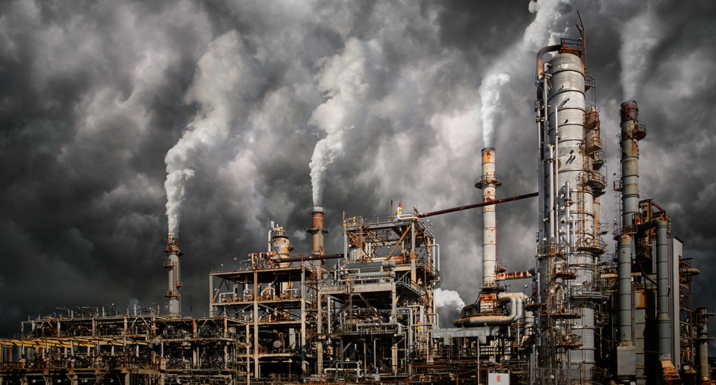 Almost 70 percent of the world’s highest emitters have made a net-zero commitment, but fewer than one in five have credible decarbonisation plans, according to the latest update to Climate Action 100+’s (CA100+) net zero company benchmark.

Sixty nine percent of the 166 companies on the focus list of the $68 trillion investor alliance – which targets systemically important publicly traded emitters across the world – have announced ambitions to reach net zero by 2050 or sooner across some or all of their emissions, an increase of 17 percentage points on last year, while medium term targets are up 10 percentage points at 77 percent. However, just 42 percent of companies have targets that cover all material greenhouse gas emissions, including material Scope 3 emissions.

The initiative scores each company across nine indicators, looking at short-, medium- and long-term targets, climate governance and reporting, policy engagement and lobbying, capex alignment and decarbonisation strategies. Companies are rated as either being fully, partially or not aligned based on publicly disclosed information.

The $68 trillion initiative has scored a number of high-profile victories over the past year, including the election of three climate conscious directors to the board at Exxon (the firm scores poorly on all nine metrics and has not improved on last year), net-zero commitments from a number of major emitters, and improved climate targets from BP, but aggregate results remain poor.

Just 17 percent of focus companies have set 1.5C-aligned medium-term targets that cover all material emissions, while just 5 percent have committed to align their capex plans with reduction targets, and none have done so fully. Only 17 percent have a “robust, quantified” decarbonisation strategy.

Companies are performing well in some areas of climate governance and reporting, with the overwhelming majority introducing some level of board oversight of climate change, as well as reporting against TCFD recommendations or introducing climate scenario planning, but no company has integrated climate risk into its accounting and audit practices.

Sector-specific analysis shows poor performance from oil and gas firms as well as utilities, with two thirds of oil and gas companies still sanctioning projects inconsistent with a 2C pathway, and fewer than a third of utilities introducing a coal phaseout consistent with 2C. This year’s iteration of the benchmark also includes figures from the 2 Degrees Investing Initiative, which show that almost no steel, cement or aviation companies are reducing their emissions intensities enough to reach a 2C scenario, and lobbying assessments from InfluenceMap which show that just three (Enel, AES and Électricité de France) are fully Paris-aligned in terms of industry association lobbying.

The initiative said that the results were disappointing, adding that the nine indicators assessed by the benchmark focus on areas that demonstrate “tangible translation” of commitments into action. A third round of assessments will follow later this year, and the initiative calls on its focus companies to step up climate ambitions.

Stephanie Maier, global head of sustainable and impact investment at GAM Investments and chair of the initiative’s global steering committee, denied that the initiative was underperforming. When it was established four years ago, just five focus companies had made net-zero commitments, and investor engagement “has driven much of the progress we see”.

But she admitted that companies need to start making progress on the more challenging elements of the net-zero transition, such as aligning capex with decarbonisation commitments, providing detail on how they will deliver on their targets through clear decarbonisation strategies and reflecting climate risk in their financial accounts.

While PRI CEO David Atkin said that the initiative and its signatories had made “great progress” – although he did call for more action, “taken further and faster” – other NGOs were less complimentary.

Isobel Mitchell, research and engagement manager at ShareAction, said that CA100+ signatories had “failed to stimulate the practical actions needed to achieve [its] goals”. Despite the might of its $68 trillion dollars, the initiative is far from achieving its aims, she added.

CA100+ is due to reach the end of its initial five-year lifespan at the end of this year, but will continue into a second phase in 2023, focusing on implementation and practical delivery of transition strategies.

Mitchell said that the ‘relaunch’ provided a critical opportunity for signatories to intensify their efforts, calling on the initiative to mandate minimum escalation expectations, and hold its members to a higher standard. She also called for greater transparency, saying that CA100+ should publish its engagement objectives, activities and progress for each of the focus companies, as well as the names of the investors responsible for leading engagement with each company. The initiative currently leaves its members to disclose which engagements they are taking part in, but Responsible Investor has assembled a partial list.