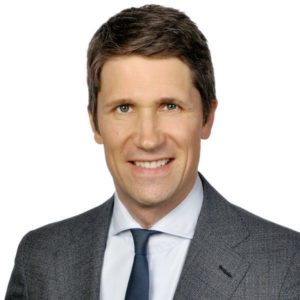 Last month the UK government agreed a legally binding net-zero carbon emissions target for 2050. The European Union is inching closer to the goal, with most member states supporting tougher targets to ensure a climate-neutral Europe. International bodies, including the World Bank, World Trade Organisation and International Monetary Fund, have also put the climate emergency at the heart of their missions.

Though it should come as no surprise that climate action is high on their agendas, the notion that being environmentally friendly should be a legal obligation is noteworthy. It is also why many oil majors have been caught out for withholding support for the EU’s legally binding net zero target. It appears that global citizens are demanding more than good will and intention – the Paris Agreement of 2015 was the starting point for this development.

Climate change used to be a topic dealt with by, or between, state actors representing individual governments. But as the risk and urgency of climate change has increased, claimants are now using litigation as a new tool to fight for climate protection, suing governments and companies to hold them accountable for their individual contribution – or hindrance – to a carbon free future.

These lawsuits are spreading fast, reaching 28 countries so far. According to the Grantham Institute and London School of Economics, more than 1,300 legal actions concerning climate change have already been brought.

The majority of these claims are brought by individuals or NGOs who challenge insufficient climate policies and the non-implementation of international climate treaties by their governments. The claims are based primarily on human rights and public international law.

In the US, a wave of climate change lawsuits is also rolling towards oil, gas and energy companies due to their carbon dioxide emissions. These lawsuits are mainly brought by individuals or state entities demanding compensation for damages caused by climate change. In these cases, liability is usually established by using tort and product liability law.

This litigation trend is also hitting Europe. In June this year, 60 farmers succeeded in blocking the Polnoc coal-fired power station in Poland.

After a multi-year court battle following an initial legal complaint, the Polish Supreme Court agreed that the power station would be harmful to the fertile farming region, the climate and local community.Another example is The People’s Climate Case involving 10 families from European and African countries impacted by climate change. Supported by NGOs, the group are taking EU institutions to court to demand better climate protection and ensure the survival of their livelihoods and occupations. Although this claim was dismissed in May, it is expected that the claimants will appeal against this decision before the European Court of Justice.

“In Poland, an environmental association bought shares in an energy company and then sued it as a shareholder.”

What’s more, claimants are devising their own new litigation strategies in their fight against companies that they consider to be damaging the environment. In Poland, an environmental association bought shares in an energy company and then sued it as a shareholder. The association claims that the Board’s decision to extend a coal power plant was a violation of its fiduciary duties of care due to the climate-related financial risks of such a plant.

Lawsuits are also being filed against institutional investors, including banks and pension funds, for climate-damaging investment decisions. Some of these allegations are made by their own customers and members due to the failure to disclose climate-related risks.

Most of these lawsuits are still underway and so the outcomes are yet to be revealed. However, climate-related corporate issues, such as the risk of litigation as well as physical and regulatory risks, undeniably form part of today’s corporate reality.

Developed societies have made it clear that environmentally irresponsible behavior will not be tolerated. These voices can no longer be ignored. Companies and governments alike must start putting the necessary risk assessments into place and play their part in the transition to a carbon free future.