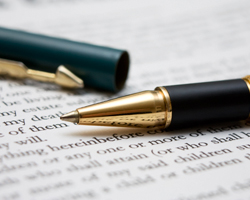 The Financial Reporting Council (FRC), the UK watchdog, has elevated material ESG factors, explicitly climate change, as principles of the new Stewardship Code draft, which was today unveiled for consultation.
The draft Code makes it clear that signatories are expected to factor in material ESG issues as part of their stewardship responsibilities, either as asset owners or asset managers.
As part of the Code’s consultation documents, a memorandum compiles the main developments in the ESG space since 2012, the time of the last update, which the FRC said is the context in which the draft Code is rooted.
The proposed Code (unified for owners, managers and service providers) is structured in Principles, Provisions and Guidance, in alignment with the Corporate Governance Code covering companies.
The Principles – more high level precepts – are to be followed on an “apply and explain” basis; whereas the Provisions – which crystallise such principles –  are to be followed on a “comply or explain” basis.
Guidance – which provides examples of best practice on how to proceed – seems to remain purely voluntary.
Coincidentally, the Investor Forum published today its 2018 Review in which it expresses concerns, in a governance context, that “companies are beginning to assert that ‘comply or explain’ isn’t working anymore.”
“Perhaps it would be wise to consider a modified approach to the model – ‘Comply or explain. Convince or comply.’”
As part of the Provisions, the new draft Code calls on asset owners to ensure that the mandates they hand out to fund managers “demonstrate how they take ESG issues into account” including their time horizon.
When it comes to voting policy, a Provision states that signatories should explain their approach to stock lending and recalling stock for voting.
Asset managers should also explain how they mitigate empty voting, if they allow direct voting in segregated and pooled accounts, and the extent to which a client may override the house voting policy.
There’s a recommendation that there should be disclosure of the rationale for voting decisions, particularly of abstentions and votes against the board. It also recommends publishing records regularly on signatories’ websites, and in a format that easily accessible and interpretable.
The draft Code opens the door to a more proactive stewardship of fixed income investments, with a Provision calling on signatories to explain their policy on bond engagement.For both listed equities and bonds, the Code formulates the Principle of “Constructive Engagement” which signatories should describe how it is taken into account, including what methods are being used.
One of the key issues of the consultation will be how the FRC monitors and ensures signatories’ real commitment to the Code.
“The FRC recognises this limitation and is now seeking to raise the level of expectation of practice and reporting through revising the Code,” it is stated in the consultation documents.
The draft Code so far is proposing a dual system of reporting, with a Policy and Practice Statement upon becoming a signatory disclosing their stewardship practices; and an annual Activities and Outcomes Report.
ShareAction, while welcoming the draft Code, has raised concerns about the “enforcement” of the Code given that the FRC itself has an uncertain future.
Fergus Moffatt, Head of UK Policy at ShareAction, noted: “The Kingman Review cast grave doubts on aspects of the FRC’s ability to regulate – both on stewardship and more generally.  We have concerns about the risk of the proposed new regulator, ARGA, being too close to the interests of UK investors (in its role overseeing company reporting and audit) to hold them to account effectively.”
He added: “Given the Financial Conduct Authroity’s responsibility to supervise the conduct of asset management firms, carry out enforcement activities and achieve good consumer outcomes, it could feasibly play a more prominent role on stewardship.”
Likewise, Will Martindale, Director of Policy and Research at the Principles for Responsible Investment, said that “to remain cutting edge, we want to see the code further strengthened to focus on the outcomes of stewardship”.
Reporting on the Provision of the draft Code is still a way to comply with the minimum obligations introduced by the Shareholder Rights Directive II at European level.
The FRC is seeking stakeholder feedback on a set of 31 questions related to the draft Code until March 29, leading to the publication of the new Code in July 2019.