Responsible Investor
Home News & Analysis Environmental Climate change: Why it made me quit my job
Return to search
Environmental 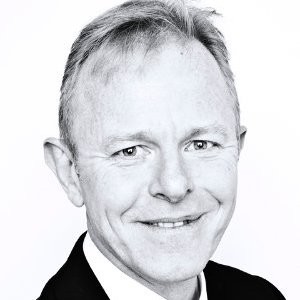 On 1 February, I tweeted an extract of a farewell email I sent to my work colleagues on my last day. It received 100 times more interest than any of my previous 12,000 tweets over 10 years! UK academic Rupert Read encouraged me to write about what I’d done in The City and why I’d quit, so here goes…
Until last month, I was employed by a socially progressive, not-for-profit, improving the financial security of millions. Daily contact with talented, enthusiastic colleagues, at futuristic offices in London’s financial district. I worked far fewer than the 12 hour days expected of me at an investment bank a few years earlier.
So who am I, how can climate change be my reason for quitting and why the need to tweet my farewell to colleagues?
I joined Midland Bank (now HSBC) back in 1987. Over the next 20 years, I was seconded to Hong Kong, Tokyo and Bangkok, working in dealing rooms as an FX salesperson and derivatives trader. I was on the emerging markets desk during the Asian and Latin American currency crises of the late 1990s. In 2008, I worked for Lloyds Bank during the global financial crisis, when they acquired the stricken HBOS and then were bailed out by the British government. As a troubleshooter with an expertise in financial markets risk, I’ve seen, close up, the impact of crises on local economies.
What is my understanding of climate change?
Firstly, I’m no expert. I’ve been passionate about global justice and an anti-war activist for most of my adult life, with a keen interest in journalism and media propaganda. Honesty, integrity and fairness are my strongest values.
In late 2014, I started a blog called ‘Stories for My Grandchildren’ named after a book of a similar name by the eminent climate scientist, James Hansen. Looking back, it was a naive and amateur attempt to argue for a better world (for example, renewable energy and composting with worms!)
Early 2015 was a significant turning point in my climate awareness. In a post from February of that year (‘I’m sorry…I hope it’s not too late’) I spoke to my hypothetical grandchildren (my kids were 15 and 20 years old). I’m apologetic, almost desperate, as I wrote about the “subject which demands my attention”:

_The subject which demands my attention is climate change and the woeful lack of any action to combat it. All we have had over the last two decades is the procrastination of governments, media silence, merchants of doubt who attempt to discredit the science to prolong an economic model built on burning fossil fuels whatever the cost and populations in developed nations who are either ignorant or, worse, believe it’s a problem for others to solve._Clearly, I had started to realise the urgency of the situation. I believe I saw, perhaps for the first time, climate justice as the issue which encompasses all other social justice issues. I was anti-war, saw the impact of drought on the Syrian unrest and believed tomorrow’s wars would be over food and water, not oil.
I read what I could on climate change. Contributions by George Monbiot (Heat) and Naomi Klein (This Changes Everything). How to discuss it with others (George Marshall: Don’t even think about it) and of the dark forces behind climate denial (Naomi Oreskes and Erik M. Conway: Merchants of Doubt).
As 2015 ended, at COP21 in Paris, governments appeared ready to take concrete steps towards the global action required. In 2017, I listened to Al Gore, in London, promoting his film ‘An Inconvenient Sequel: Truth to Power’. He seemed positive enough but, with the climate denier, Trump, now occupying the White House, I was still worried:

I was doing my bit in my personal life — flying less; cutting meat from my diet (after watching Cowspiracy); rejecting consumerism — but it felt insufficient. Most of my peers weren’t changing their behaviour; did they know and yet not care? And where were the bold government actions necessary — UK politicians an age to introduce a sugar tax and mandatory charges for plastic bags — things didn’t look hopeful.
Now, I worked in the pensions industry, with a financial product with long term horizons. Changes in UK law (“biggest social policy since the NHS in 1948”) required all employers to offer workplace pensions, even to low paid workers. Many young people (like my son), struggling with university debt and unable to afford to buy their own home, are incentivised to save for their retirements in 40 or 50 years’ time. It felt like a good thing.
I was happy to be out of investment banking and doing something I felt was socially progressive. I was proud when my employer topped a ‘best in class’ survey for responsible investment and climate-related financial risks, but I was struggling to be enthusiastic at work. I felt empty.
How could I fail to contrast the comforts of my own life with the struggles of so many others. I claimed to be ‘passionate’ about social justice but what was I doing, apart from reading about it and posting a few angry tweets? Perhaps I was starting to think about my legacy (did I make a difference?) I’m not sure.
Looking back, four things conspired to convince me of my need for change in my life:
1. The world caught fire;
2. Deep Adaptation, a research paper by Jem Bendell;
3. Understanding the gulf between the climate action required and the unwillingness of political leaders to act; and
4. The emergence of Extinction Rebellion.

The first isn’t very scientific (I remember the UK heatwave of 1976) but with global average temperatures hitting new records, it felt like a window into a scary (and no longer distant) future.
‘Deep Adaptation’ by Professor Jem Bendell, was a revelation to me. Here was a credible narrative which made sense, however shocking its conclusions, and challenged the assumption that climate breakdown was something to be experienced by my children and not me. It helped to frame the shocking news stories about climate change I’d read up to that point, and since.

As importantly, it was also a challenge: if this is a possible future, how should I be spending my energy and how do I want to live my life?
As a mathematician, I prefer numbers and the IPCC paper on Global Warming of 1.5°C presented them very clearly. The world must halve its use of fossil fuels in the next 12 years and eliminate them entirely by 2040 to stand any chance of limiting temperature rise to 1.5°C. Even then it requires technologies (suck carbon dioxide from the atmosphere) that don’t exist at scale.
It felt improbable. Despite Paris, and weekly dire warnings from scientists, some UK policy decisions now seemed more extreme. Politicians wanted to push fracking to ‘export around the world’, expand Heathrow Airport and scoff at cutting back on meat consumption. Were things so different in 2018 than when I’d written that blog post back in 2015?
It was clear politicians weren’t going to act without some major grassroots pressure and yet how would that happen if the majority of the population were kept in the dark by the mainstream media?
As I mentioned, I’ve been an anti-war activist for much longer than I’ve been aware of climate change. This taught me two things:
• The ease with which most politicians vote for war (almost sociopathic in their disregard for human suffering); and
• The scale of public protest required to stand any chance of challenging powerful interests.
A friend made a film about the 2003 global protests against the imminent US/UK invasion of Iraq (over 1.5 million in London). Protests ultimately unsuccessful with disastrous consequences for its people but Amir Amirani’s film offered hope that global public opinion can influence politics.

By mid-October, I was open to any idea that stood a chance of raising awareness of our climate emergency, and found it in a piece by George Monbiot.
Extinction Rebellion is essential if people are to be urgently and sufficiently motivated to fight for the future. I could support all of their Principles and Values. Its inclusivity in welcoming “everyone” and avoiding “blaming and shaming” in these toxic times was particularly appealing.So, on a sunny Saturday in November 2018 with hundreds of others, my wife and I (and our dog) sat on London’s Waterloo Bridge and blocked the traffic.
As far as my job was concerned, my heart was no longer in it. What’s the future for the pensions industry (long term savings into stock markets) in a collapse scenario? I was certain I couldn’t meet the Steve Jobs’ ‘love what you do’ recommendation for great work.
Don’t think me unaware of how privileged I am…that I can simply walk away from a well paying job without wondering how I will continue to put food on the table or a roof over my family’s head. But Bendell’s paper had challenged me to reassess my risks in the face of climate change and societal collapse and I didn’t like how I was exposed.
Also, I recognise I’ve been experiencing the five stages of climate change grief (particularly anger) over the last few years. It feels like I’m reaching the final stage — acceptance — and that’s a relief of sorts. I agree with Professor Bendell’s experience, that people who consider the implications of a global environmental collapse within their lifetime don’t return to denial and do not stay in despair, because that is my experience.
Acceptance doesn’t mean I want to hunker down with my family and use whatever resources we have to shelter from the worst that climate breakdown has to offer. That does not feel like a life well lived.
We’re all in this together (whether or not most of us realise it) and our only chance relies on everyone understanding what I have come to understand over the last year. That’s why I couldn’t leave my work colleagues without telling them why, and how I was going to spend my time:

• “Being human (and reconnecting with our planet)”;
• “Doing my bit (by) supporting…Extinction Rebellion”; and
• “To grieve”.

I’m not even sure exactly what all the above means yet but, last week, I received a briefing on my rights if, in future, I find myself arrested. Yesterday, I was trained to deliver the Extinction Rebellion talk to audiences in my local community. It’s inspiring to be in the presence of others (many the same age as my kids) who are determined to be part of a solution.

I am scared.
I am desperately worried about my children’s future.
I am determined to be able to look my future grandchildren in the eye and tell them I did what I could.

Andrew Medhurst was formerly with NEST. This article first appeared on Medium.com under the byline ‘Ginger Fox’