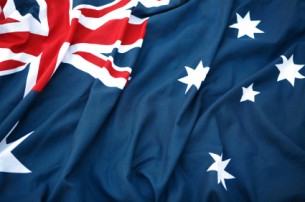 46% of shareholders – including California public pension giant CalPERS and Australian superannuation fund Local Government Super – have supported a resolution filed at Origin Energy calling on the Australian energy giant to increase its transparency around its climate lobbying activities. It is believed to be the largest vote on a shareholder proposal in Australian corporate history.
The non-binding resolution, which was filed by shareholder advocacy group the Australian Centre for Corporate Responsibility (ACCR), calls on the company to report on its relationships and associated costs with industry bodies that act as “obstacles” to the “effective uptake of national and global climate and energy frameworks aimed at limiting global warming to 2°C”.
The landmark vote is yet another sign that corporate lobbying on climate change is an issue investors are increasingly concerned about, following two similar resolutions over the last twelve months at Anglo-Australian mining firms Rio Tinto and BHP Billiton. 15% of shareholders in Rio Tinto voted in favour of a lobbying resolution in May, while 9% backed a similar resolution at BHP the year before.
US proxy advisors Glass Lewis and ISS, who were criticised for not supporting the lobbying resolution at Rio Tinto, decided to support the resolution at Origin. Australian advisor Regnan also recommended a vote in favour of the resolution, as it did with Rio Tinto.
Swedish pension fund AP7, who co-filed on the resolution at Rio Tinto with the Church of England Pensions Board and Local Government Super, has reportedly stated that the issue of climate lobbying is a focus for the SEK454.3 billion (€44 billion) fund.
The UN supported Principle for Responsible Investment (PRI) has also recently published investor guidance on the issue designed to help investors engage with portfolio companies. And Climate Action 100+ – the super-sized investor engagement initiative – has said that lobbying will be a focus for its efforts in coming years.Origin’s Chairman, Gordon Cairns, speaking at the company’s annual meeting in Sydney today (17 October), committed to improving disclosure around trade bodies.
“We understand that clarifying our involvement with industry associations is of considerable interest to our shareholder base” he said. “Therefore, we are very happy to improve the disclosure of our membership of industry associations, including our processes for engagement, and our contribution to policy advocacy, in our future annual statements”.
Last month, UK based think-tank InfluenceMap found that 90% of the world’s 200 largest industrial corporations are members of trade associations which actively oppose climate policy globally.
“Origin is culpable for the corrosive influence of the Australian Petroleum Production and Exploration Association (APPEA), the Business Council of Australia and the Queensland Resources Council, amongst others” said Dan Gocher, Director of Climate & Environment, ACCR. “Investors clearly understand that such advocacy puts their long-term portfolios at risk, and this vote is a message to all ASX-listed companies, that the days of obstruction are over”.
Two other ESG resolutions filed by the ACCR with Origin failed to garner such high levels of support from investors.
Only 10% of investors voted against the board on a resolution calling for a review of whether Free, Prior and Informed Consent (FPIC) had been obtained from aboriginal communities in relation to the company’s ‘fracking’ explorations in the Northern Territory.
And a resolution calling for Origin to “set and publish interim targets” aligned with the goal of the Paris Climate Agreement to limit global warming to well below 2°C” was supported by just 11.83% of investors.