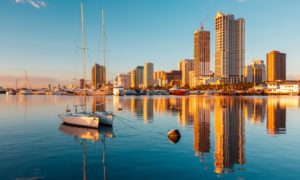 Banks in the Philippines will soon be required to assess their resilience to climate change and disclose their positions on ESG risk factors under new rules introduced by Bangko Sentral ng Pilipinas (BSP), the country’s central bank.

This is the “first of a series of circulars on sustainable finance” to be issued by the BSP, according to a speech that BSP Governor Benjamin Diokno gave at the end of last year.

Philippine banks will now have six months to introduce and disclose a transition plan with target dates for implementation. Full compliance is to be achieved within three years.

Under BSP’s new Sustainable Finance Framework, regulated lenders must now include both physical and transition-related climate risks in their annual stress testing exercise – across both short- and long-term scenarios – which will feed into subsequent capital and liquidity planning, as well as business continuity plans.

Banks will also need to disclose their risk appetites on ESG factors relevant to their operations – including climate risk, environmental pollution, biodiversity, health hazards and national security; and ensure that these are monitored and disclosed on an ongoing basis.

In addition, lenders must adopt detailed board and senior management-level responsibilities with regards to sustainability policies.

Philippine banks will now have six months to introduce and disclose a transition plan with target dates for implementation. Full compliance is to be achieved within three years.

It is not currently known how the new rules will be enforced. Last year, BSP Deputy Governor Chuchi Fonacier mooted a ‘comply or explain’ approach, saying that a mandatory framework might result in offenders simply choosing to pay a penalty – a challenge faced by BSP in its other regulatory activities.

Separately, a national taskforce on green finance – chaired by the BSP and including various agencies within the country – is developing a draft executive order that will establish “deliverables and targets in relation to green finance initiatives”. Members include the country’s Climate Change Commission, National Economic and Development Authority, Bureau of the Treasury and the Department of Energy.

The BSP has proven to be one of the leading supervisors on climate change in Asia. It published its draft proposal for the framework in October, seeking market feedback in a closed consultation. Last year, it included a case study in a supervisory report on bank stress testing looking at excessive rainfall.

The Bank is part of the ASEAN Task Force on the Roles of Central Banks in Addressing Climate and Environment-Related Risks, and is a member of the Sustainable Banking Network, backed by the IFC. However, it is yet to join the prominent Network for Greening the Financial System.

Note: This article was corrected to state that BSP conducted a stress test in 2019, not 2009.