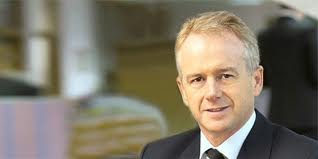 Neville Richardson, chief executive of Co-operative Financial Services (CFS), one of the leading responsible finance groups in the UK, has decided to step down.
The move follows the announcement of the potential sale of the Co-op’s life assurance subsidiary and funds arm The Co-operative Asset Management (TCAM) to financial conglomerate Royal London Group, with an accompanying loss of 670 jobs in its retail arm.

Richardson oversaw TCAM, a leading advocate of responsible investment which had, for example, been a co-filer of the high-profile investor resolutions on tar sands presented to oil majors Shell and BP.Richardson, who joined the Co-operative in 2009 when CFS merged with mortgage lender Britannia, was also Deputy Chief Executive of the wider Co-op Group and a director of the Co-operative Bank PLC.
CFS’s chief financial officer Barry Tootell, former finance director for consumer banking at Lloyds Banking Group, takes over as Acting Chief Executive with immediate effect, the company said in a statement.
In June CFS said it had reviewed the composition of its board – resulting in a downsizing from 20 to 15 members.