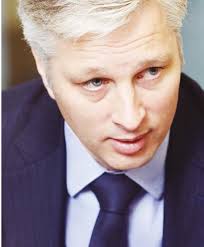 The need for a ‘level playing field’ of information from companies has been questioned by the investment chief of the UK’s coal industry pension fund.

“You can’t get close to companies, to look under the hood, as companies are worried about saying something that’s market sensitive,” said Stefan Dunatov, Chief Investment Officer at Coal Pension Trustees which is responsible for £20bn (€22.4bn) of investments of the Mineworkers’ Pension Scheme and the British Coal Staff Superannuation Scheme.

Speaking at an event organised by FCLT Global in London today (November 9), the long-term capital body that grew out of a joint Canada Pension Plan Investment Board/McKinsey initiative, Dunatov said: “Why do we need a level playing field of information?” He wanted companies to be able to speak freely with their investors.

Dunatov, a member of the 300 Club of leading finance professionals and a former director at Deutsche Asset Management, went on to say that investors don’t make directors and boards accountable enough: “We need to apply more pressure to boards.”

FCLT Global is trying to develop what its CEO Sarah Keohane Williamson says are “implementable” solutions to market short-termism – and that all ideas are welcome.For Dunatov, five years is the investment horizon he looks at, saying it “dampens down valuation noise in the market”. A feature of his approach is to dispense with market benchmarks, saying they are “not relevant to what we’re doing”. He also does not use investment consultants. “The answer,” he said, “ is for asset owners to stand up to the plate” and not “hide behind the cloak of regulation”.

FCLT was formally launched this year, with the backing of a range of leading institutional investors, having been formed as the Focusing Capital on the Long-Term initiative in 2013.

A theme of the event was communication, or lack of it, between investors and companies.

This was amply illustrated by Lars Dijkstra, the CIO of Dutch asset manager Kempen who was speaking on the same panel. He related how he was once at a table where there were three pension CEOs, three asset management CIOs and three S&P 500 CEOs where the investment people chatted in industry jargon. After about 10 minutes the company CEOs interrupted them, asking, “What the hell are you talking about?”