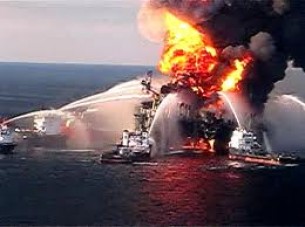 A coalition of institutional investors from the US and Europe, including a number of the world’s largest religious funds, says it will vote en masse against oil giant BP’s report and accounts at the company’s Annual General Meeting (AGM) in London next week, in protest at what they say is a lack of response to last year’s Gulf of Mexico disaster. It signals a growing shareholder revolt against BP on pay and safety ahead of its AGM, which will take place just a week before the April 20th anniversary of the Deepwater Horizon disaster that killed 11 and triggered the worst oil spill in US history. US religious giant, Christian Brothers Investment Services (CBIS), which runs $4bn for Catholic institutions, is leading the coalition, which includes the UK’s Ecumenical Council for Corporate Responsibility, whose members control or advise on over £17bn in assets, and Switzerland’s Ethos Foundation, which looks after more than CHF2.3bn (€1.4bn) in assets for more than 100 pension funds and foundations.
Responsible Investor revealed last week that the world’s biggest shareholder voting advisory firms which influence the votes of trillions of dollars of investor money were recommending a vote against or abstention on all or part of BP’s report and accounts. Glass Lewis, the US proxy giant is recommending that its clients – who collectively control more than $17trn in assets – vote against, as is PIRC, the influential UK advisor. Institutional Shareholder Services, part of index firm MSCI, is recommending its clients abstain from approving BP’s remuneration report.Glass Lewis is also recommending voting against the re-election of members of BP’s Safety, Ethics & Environmental Assurance Committee. A number of UK institutional investors are also understood to be considering voting against the company’s remuneration report and the re-election of Chairman Carl-Henric Svanberg at the AGM. One UK BP shareholder said next week’s AGM was going to be a “bloodbath” for the board. Julie Tanner, Assistant Director of Socially Responsible Investing at CBIS, said: “While we have been encouraged by BP’s recent willingness to meet with a broad range of shareholders, we do not think the annual report demonstrates what BP is doing to address the issues that have dominated headlines in regards to the oil spill. It does little to provide investors with critical information or confidence that risk has been mitigated and that board oversight has been strengthened.” CBIS has called on BP to issue a report within six months that specifically addresses how the fallout of Deepwater is being managed. It is also asking for independent oversight and assessment of implementation of the recommendations made in BP’s own Deepwater Horizon Accident Investigation Report.
Other investors, including the $9.5 trillion US Investor Network on Climate Risk (INCR), say BP has also given little information on plans to green its business, despite its annual report saying this is central to the company’s long-term strategy. Mindy Lubber, Director of the INCR, said: “BP must be more forthcoming with investors not only on offshore risk management, but about its plans and preparedness for transitioning to a low-carbon economy.”