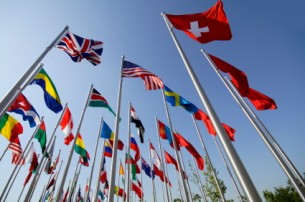 One of the world’s biggest ever investor coalitions representing trillions of dollars of assets plans to issue a landmark joint statement this week calling on governments to formulate a global agreement on climate change ahead of next month’s key UN climate change summit in Poznan, Poland – the penultimate before the November 2009 meeting in Copenhagen to decide a successor to the Kyoto Protocol. The investor campaign has been signed by well over a hundred of the world’s largest pension funds, asset managers, charity foundations and insurance companies. The investors, acting jointly under the umbrella organisations of the London-based Institutional Investors Group on Climate Change (IIGCC), Boston-based Investor Network on Climate Risk and the Australian and New Zealand Investor Group on Climate Change, are calling for governments to set legally binding targets to reduce greenhouse gas emissions under the United Nations Framework Convention on Climate Change. Investors that have signed the statement include pension management giants such as APG Investments and PGGM in the Netherlands, CalSTRS in the US, the New Zealand Superannuation fund and the UK’s Universities Superannuation Scheme and London Pension FundAuthority. Their proposals include the adoption of the 50%-85% global greenhouse gas emissions cuts in developed countries by 2050 recommended by the International Panel on Climate Change (IPCC). The coalition is also backing calls for developing countries to cut emissions levels, albeit on a reduced basis. International governments will meet for the COP 14 (UN climate change conference) in Poznan on December 1. It follows from last year’s COP 13 meeting in Bali and is the precursor to the major COP 15 conference in Copenhagen next year where negotiations will be finalised for the post 2012 period when the Kyoto Protocol runs out. Industry sources told Responsible Investor that the investor coalition believes the policy recommendations they are making would enable them to join the fight against climate change via targeted investments and the pressure they can exert as shareholders on corporate behaviour. They include government incentives and targets for the development of near-commercial technologies such as carbon capture and storage, second-generation biofuels and solar power. The coalition says governments should also kick-start investment opportunities in early-stage technologies that are not yet commercially viable and

help fund research and development into break-through environmental solutions. They said coalition investors aim to increase the investments they make in low-carbon infrastructure and energy efficiency projects and prompt the companies they own to shift towards climate friendly business strategies. The statement is also understood to support a global roll out of carbon cap-and-trade markets based on the EU Emissions Trading System, accompanied by relevant carbon taxes and incentives for renewable and clean energy businesses where necessary.Significantly, the investors propose a review of the controversial Clean Development Mechanism, the UN-led process used to assess carbon-offset projects globally. Investors find the mechanism complex and have questioned whether the projects being approved are genuinely reducing CO2 emissions. Both have been a significant barrier to institutional investment in CDM projects. The investors argue that the impact of climate change will be felt both on the economy and the individual companies they invest in unless governments act quickly.