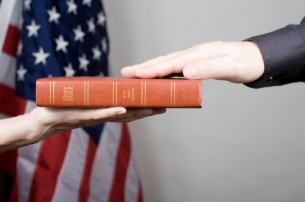 European investors could be shut out of class action lawsuits to recover money in cases such as the Enron fraud or the sub-prime crisis if the US becomes less willing in future to play “securities action policeman to the world”, according to John Coffee, a leading corporate governance academic at Columbia Law School.
Speaking at the Global Shareholder Activism conference in Paris on May 15, Coffee said there was high-level discussion in the US about preventing overseas investors that bought shares in US companies from joining legal claims for damages. He said the US class action market was estimated to be worth about $17bn (€11bn) per annum. European governments including Italy and France have discussed introducing domestic class action lawsuits procedures but appear reluctant so far to mirror the litigious nature of the US.
A handful of large European pension funds and asset managers including ABP in the Netherlands and the BT Pension Scheme in the UK have led US class actions. Their number is increasing to include smaller investors. At the end of 2007, the pension funds of Avon and North Yorkshire county councils in the UK filed legal papers in the US to lead a class action suit against GlaxoSmithKline for allegedly misleading the stock market about the safety of one of its drugs.Coffee said: “US courts have been allowing European investors plaintiff status, but there is a feeling that they could easily turn around and do the reverse. It is not an established part of US jurisprudence.”
A recent report from the GOAL Group, a UK-based class action services specialist, said European institutional investors missed out on damages worth $3.6bn from US securities class actions between 2000 and 2007. GOAL said European investors had not followed US investors in claiming due damages from corporate governance scandals such as Enron and could miss out on claims over the sub-prime mortgage crisis.
In a separate discussion at the same conference, Stephen Davis, fellow at the Milstein Center for Corporate Governance, said US corporations could reach a tipping point at next week’s annual general meeting of ExxonMobil, the oil company, in the debate about creating separate roles of chairman and chief executive – common governance best practice in many European countries.
Davis said: “Last year, the same proposal, fronted by corporate governance campaigner, Bob Monks, got 40% of the vote. This year it’s likely to be higher and could be a strong indicator that the US is moving towards separate roles of CEO and chairman.”