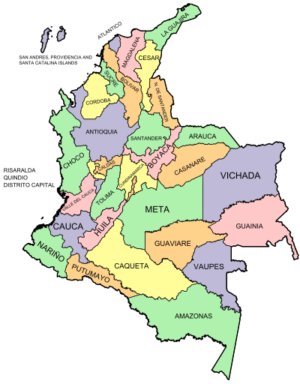 Colombia’s main asset owners are being surveyed on their climate risk portfolio as part of the Colombian Climate Asset Disclosure Initiative (CCADI), a project led by NGO Transforma and funded by the UK Department for Business, Energy and Industrial Strategy (BEIS).

Funds for the project come from the £60m (€64.9m) BEIS-run programme called UK PACT (Partnering for Accelerated Climate Transitions) aimed at sharing skills with partners around the world.

The UK PACT is part of BEIS’s commitment to provide at least £5.8bn of international climate finance between 2016-2020 to support other countries in their response to climate change.

The Colombian project is similar to the UK’s Asset Owner Disclosure Project, now managed by campaign group ShareAction, which together with ClientEarth is providing technical assistance to the project.

According to Transforma’s Claudia Ceccotti, who coordinates the CCADI, the universe of the ongoing survey is about 46 insurance companies and five pension funds. A ranking is expected to be published in October.

The survey takes as a reference the recommendations of the Financial Stability Board’s Task Force on Climate-related Financial Disclosures (TCFD), Ceccotti told RI, and in the next years the CCADI seeks to extend the climate assessment to the whole financial sector, including banks.Transforma’s co-founder Isabel Cavelier, wrote in an op-ed for the national press about the main barriers that the CCADI have identified for institutional investors to factor in climate risks.

Among those barriers is the size of the investment market which is focused just on government bonds and the extractives-heavy domestic economy.

“There are no incentives for regulators and institutional investors to encourage divestment from the mining and energy sector which dominates capital markets and the economy,” Cavelier wrote.

Among the Colombian pension funds participating in CCADI’s assessment are: Porvenir, Protección, Old Mutual, Colfondos. (Updates to clarify that Colpensiones, the State-owned fund, will not be surveyed this year)”

The CCADI launched on July 11 at an event attended by representatives of Colombia’s Responsible Investment Task Force.

The Task Force meets monthly and some of their members are the trade associations of pension funds (Asofondos), stock exchange intermediaries (Asobolsa), banks (Asobancaria) and insurers (Fasecolda); as well as the UN-backed Principles for Responsible Investment.