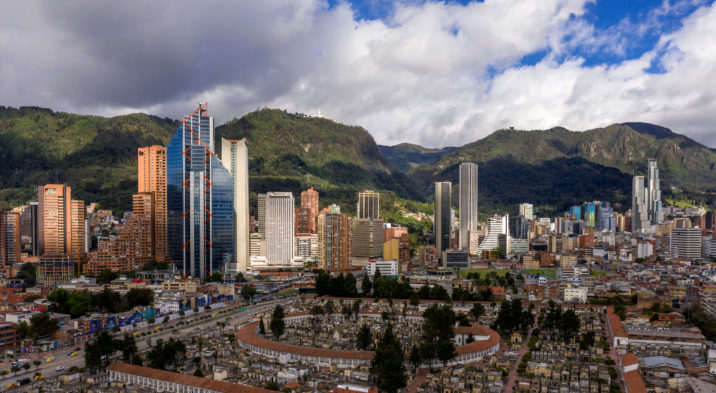 According to its new sustainable finance roadmap, the SFC plans to support the construction of a taxonomy for the region under the framework of a co-operation agreement signed in August 2021 between the Central American Council of Banking Supervisors and Other Institutions (CCSBSO), the IFC, Norfund and FMO.

Colombia was the first Latin American country to launch a green taxonomy, publishing the document in April. The taxonomy borrowed heavily from that of the EU, but placed a heavier focus on land use and soil management, as well as excluding nuclear energy and natural gas.

In June, a working group on sustainable finance taxonomies in Latin America and the Caribbean was formally launched to develop a common framework for taxonomies in the region. The IFC is also working with Mexico and the Dominican Republic on taxonomies, as well as with the CCSBSO, and said in May that it expected to start work imminently in Peru.

The newly published roadmap also sets out the SFC’s ambitions for sustainable finance development in Colombia. It focuses on five areas: the green taxonomy; financial innovation; data, metrics and information; incorporation of ESG issues; and tools for measuring and supervising climate and nature risks.

Over the next two years, the Colombian regulator intends to crack down on ESG-labelled products. It plans to develop national guidelines for use-of-proceeds bonds, based on ICMA principles but “adjusted to the needs of our market”, as well as regulating labelled investment products to ensure taxonomy alignment and proper disclosures. It will also explore options for regulating carbon markets within the financial system from 2023.

Other key items on the SFC’s development agenda include tools to evaluate the impact of environmental issues, including biodiversity, on the stability of the financial system. Colombia is listed as one of the world’s “megadiverse” countries by the UN Convention on Biological Diversity.

The regulator will also look to integrate climate risk factors into its stress tests and supervision framework, and plans to carry out studies on risk differentials of green assets, including credit portfolios of banks, over the next two years.

The strategy also sets out specific roadmaps for the insurance sector and credit institutions, aiming to push both sectors to better consider climate risks. Roadmaps for other financial sectors will be forthcoming as the market develops, the SFC said.