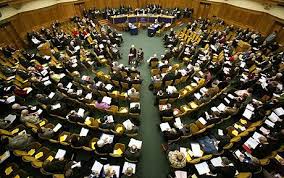 The Church of England’s National Investment Bodies (NIBs) will face renewed calls to divest their holdings in fossil fuel companies misaligned with global climate targets at the Church’s General Synod, or national assembly, next month in York.

It comes as the investment bodies seek continued support from the Church’s council for their ethical investment policy – which was unanimously backed it in 2015 when it was first presented.

In a motion put forward for debate at the upcoming ecumenical meeting, the NIBs – which manage assets in the region of £13bn on behalf of the Church – will invite the Synod to continue to “embrace and affirm” an investment approach that prioritises engagement as its “primary focus of action”.

But divisions between some within the Church and its investment bodies on the issue of fossil fuel holdings have resurfaced. In an amendment to the motion put forward by the Diocese of Oxford, the NIBs are urged to “automatically” and “immediately” divest any fossil fuel company whose business plans are not aligned with the Paris Agreement by 2020.

A non-binding vote will be taken on both the motion and the amendment on July 8. A spokesperson for the NIBs told RI that whilst there is no “legal mechanism” to impose the will of the Synod on the investment bodies, “in the past the NIBs and the Synod have traditionally spoken with one voice”.

Last November, five bishops expressed their concern over the Church’s investments in fossil fuel companies and called on the investment bodies to divest holdings in US oil giant Exxon Mobil “immediately”, in a letter published in the Guardian.

Justin Welby, the Archbishop of Canterbury and a former oil executive, has also previously expressed support for divestment in his capacity as president of the responsible investment panel at Canadian asset manager BMO Global Asset Management (the former F&C).

A spokesperson for the Diocese of Oxford told RI: “The Church of England and other responsible investment bodies should not be beneficiaries of practices which are not aligned with the Paris Agreement.

“The NIBs’ motion calls for urgent and robust engagement with fossil fuel companies. In light of the clear and present danger of climate change, the Oxford amendment gives to the NIBs the General Synod’s authority to intensify engagement and divestment in a way which is appropriately robust and truly urgent.”The virtues of engagement, however, continue to be extolled by the investment bodies, who state, in the motion, that “as long as…robust engagement appears capable of accelerating the shift away from fossil fuels faster than divestment, we should continue with it”.

They argue that such a “wholescale” divestment strategy, as proposed by the amendment, “will not cause companies immediately to become aligned with the Paris Agreement”.

“The clear and present danger of climate change”

“Investors must,” they add, “make determined and sustained use, as appropriate, of all the tools at their disposal” – including: divestment, investment, and engagement with both companies and policy makers.”

They conclude: “Pulling out wholescale and hoping other investors fill the engagement void left by our departure is not, we believe, ethical leadership.”

The NIBs will present to the Synod the work they have done on resolutions filed with oil majors BP, Shell, and Exxon, and mining giants Anglo American, Glencore, and Rio Tinto as evidence of the effectiveness of their strategy.

In response to a request from the 2015 Synod the NIBs also co-created the Transition Pathway Initiative (TPI), an “engagement framework” that assesses how companies are preparing for the transition to a low-carbon economy. This well-regarded project, developed in partnership with the UK’s Environment Agency Pension Fund, is now supported by investors representing over £6trn in assets.

Meanwhile, Cambridge University, the richest and one of the most prestigious in the UK, has said that it will keep investing in funds that hold fossil fuel companies, resisting pressure to divest from hunger striking students and academics. It cited the risk of weakening the performance of it £3bn (€3.4bn) endowment fund as the reason for its decision. Last April, around 350 Cambridge academics signed a letter to the university and its colleges urging them to excise fossil fuel investments.