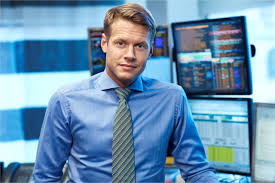 Environmental investment strategies may sometimes seem complicated and diffuse in effect, but can also be quite straightforward and impactful. Take coal as an example: being one of the most polluting sources of energy on the planet, it is estimated that between 80-95% of all known coal reserves must stay in the ground if we should have a fair chance to reach international climate agreements on containing global warming to within the 1.5-2°C span.

Once coal exposure leaves the equity sphere, the economic activities do not die away as the environmentalists would hope, rather they move their financing into debt markets.

Consequently, large institutional investors have started or already implement coal divestment policies, predominantly in their equity portfolios. This has been effective to some extent: several European utility companies have divested from coal, as an example. Shareholder pressure has pushed banks from financing certain part of coal greenfield projects, such as the Carmichael project in Australia.
And as the Financial Times reported on March 27, even mining companies such as Rio Tinto are exiting coal operations. Common for these examples is that once coal exposure leaves the equity sphere, the economic activities do not die away as the environmentalists would hope, rather they move their financing into debt markets.
When the Swedish government decided to sell lignite operations in Vattenfall, the state-owned utility company, the brown activities moved to a privately held consortium out of Eastern Europe. When Rio Tinto sells its coal operations, it does so to a private equity firm. For climate purposes, selling into hands that might be even more driven to extract the underlying coal could eventually be an even worse solution than a long-term wind down of operations.
This tells us that coal divestment needs to go further than just through the equity mandates of investors. Global bond market capitalisation is roughly $100trn dollars, compared to equity markets of $60trn. Private companies that take on coal exposures once they leave public equity markets do not operate in a financial void: instead they utilise debt markets to fund their activities.
The argument is not about size only: in many ways, bond markets can be more effective to achieve the sought-after impact compared to equity markets. Bond investors may not get a say at the annual general meeting and vote on the management of companies, but they hold an even more potent tool to affect companies. As a group, their investments directly move the cost of debt. Interest payments are cash flow items, which are in turn the life blood of a company.
Carillion, the UK construction company, went under when the flow of debt was cut, not because it was being shorted in equity markets.
A common critique of the divestment movement is that it does not have a real impact: a seller always has a buyer on the other side. The revolving nature of fixed income, where companies continuously IPO their debt as old bonds mature, is not as afflicted by this argument. In the primary bond market, the transaction happens between investors and the company/entity issuing the debt, rather than just two investors. If there is a lack of buyers, higher yields must be offered to entice investors, meaning a steeper cost of debt in refinancing operations.Despite fixed income’s potency to hit the bottom line, the vast majority of institutions that divest from coal only do so in equities. Consider the case of Australian government bonds: the country is the world’s biggest exporter of coal, and has a per capita production of coal that exceeds any major economy by a wide margin. Coal production there has seen a steep rise over the past decade. Recoverable coal reserves in Australia, if extracted and incinerated, amount to several hundred billion metric tons of carbon-dioxide equivalents. If put into the atmosphere, those emissions would single-handedly put the Paris target out of reach.
The Australian government has clearly committed to a line of action in terms of coal extraction which puts it on a collision course with the rest of the world’s agreement on climate.
Were Australia traded in the equity market, it would likely be screened out from many institutional investors’ portfolios due to its climate impact. However, we have not heard of one single mandate in the global fixed-income markets that screened out the bonds on grounds of environmental concern. These markets are traditionally very bound to concepts like ratings and market capitalisation, which may be an explanation as to why divestment policies from a technical standpoint tend to be harder than in equities.

A buyers’ strike on Australian government bonds on behalf of coal divestment institutions would be able to move interest rates higher to the degree that the Carmichael project would not make sense economically.

As a safer asset class, it is also traditionally run more passively than equities. The key question must be: as investors are lowering the cost of finance, can they continue to invest in something that is so connected to coal? Seen another way, could divestment have any actual effect on physical activities, like coal extraction?
The Carmichael mine project mentioned earlier could be used as an example to answer these questions. It has been fraught with political controversy, but also riddled with shaky economic calculus, even when leaving the cost of negative externalities out. A buyers’ strike on Australian government bonds on behalf of coal divestment institutions would be able to move interest rates higher to the degree that the Carmichael project would not make sense economically. A mothballing of the project would mean saving 4.7bn tonnes of carbon-dioxide emissions, which is roughly 1% of the remaining carbon budget for the planet. As far as impact trades go, this one would score in the top. And it would not require much more than institutions that have already committed not to finance coal to actually stop buying Australian debt, until policies adjust.

Climate and fixed-income investing will be discussed at this year’s RI Europe conference, as one of two sessions on bonds. For more details, see the agenda