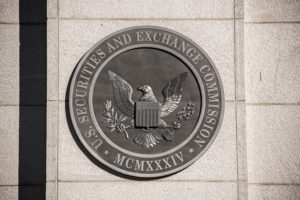 Yesterday’s decision by the US Securities and Exchange Commission (SEC) — if adopted – would effectively curb the independence of proxy advisory firms and restrict shareholder proposals. It should be a rallying point for investors.

The SEC has backed a new system that would require proxy advisory firms to let companies review their reports twice – yes, you read that right – before sending the reports to their institutional investor clients.

As Paul Hodgson notes here companies will have more time to review proxy advice than ISS, Glass Lewis et al will have to write it!

The proxy firms also would have to include in their reports links to any company rebuttals. The SEC proposals also include raising ownership and resubmission thresholds for shareholders to place their own resolutions on company ballots.

This will restrict the ability of some investors, especially small shareholders whose proposals are often at the vanguard of change, to submit resolutions. This could “impede future new social and environmental proposals, since those generally take time to gain traction” in the words of the Council of Institutional Investors (CII).

New York City Comptroller Scott Stringer said the SEC had made a “shameful gift to corporate executives at the expense of shareowners”.

Even some of the SEC’s own top brass dislike the decision. Commissioner Robert Jackson dissented, saying it “ignores decades of debate” about the role of the SEC in striking the right balance between executives and investors.

Fellow Democratic Commissioner Allison Herren Lee said it means the “odds are stacked against shareholders, and that is why I cannot support them”.

She made the point that shareholders have taken a leading role in seeking much needed improvements to climate risk disclosures. “Improved transparency in these disclosures is critical in accurately pricing risk and supporting informed, efficient capital allocation,” she said, adding that shareholders are helping to pave the way toward better climate risk disclosures; “this rule will significantly impede that progress”.

Ultimately, she fears it could make voting by shareholders “not viable”. That all this puts the US at odds with the rest of the world, with its updated Shareholder Rights Directives and replenished Stewardship Codes, hardly needs to be said.

James McRitchie, one of the small investor proponents that will be hit by the new rules, wrote on his CorpGov.net blog that they would “significantly reduce the spread of long-term focus and best practices generated by proposals submitted by “gadflies” like myself to make corporations more democratic”.

All told, as the CII said, the plans would proxy firms to take a “more management-friendly approach” and make it more difficult for shareholders to cast informed votes on time.

The Principles for Responsible Investment said it “strongly condemns” the proposals – calling them “unnecessary, cumbersome and contrary to the SEC’s stated purpose – to protect investors.“The CII, for its part, issued a rebuke calling it “unnecessary interference in the free market” which would impede investors’ voice on critical matters at companies. It has a useful factsheet here.

Investors’ reaction to the move is collated here, on a new website organised by US SIF: The Forum for Sustainable and Responsible Investment, the Interfaith Center on Corporate Responsibility, the Shareholder Rights Group with support from the CII and Ceres. It’s vital that this coalition holds together, though it’s hard to see what they can do beyond make their objections known.

The upshot of years of debate on this topic has resulted in the SEC clearly choosing to support companies over investors.

This doesn’t need to be said, but I am saying it anyway: the investor bodies need to sing from the same hymn sheet on this one.

Investors were already blindsided by the Business Roundtable’s declaration in August that they were ‘more ESG than the investors’ (I paraphrase). That announcement came out of the blue – but it is now clear it was part of a softening-up campaign.

It was a PR coup worthy of a business school case study that at one fell swoop made corporates, somehow, the guardians of their stakeholders. It left investors on the backfoot, bleating about shareholder value as if the whole world had moved on!

At an industry event in London yesterday, where I was on moderating duties as the news broke, some reactions to the SEC move were unprintable.

One of the topics that come up (the event was organised by TruValue Labs, the artificial intelligence ESG data firm) was the growth in unstructured data, which makes investors less reliant on traditional corporate disclosure, with companies potentially losing control of their own narratives.
Investors can, in effect, bypass companies’ regulated, backward-looking announcements and get quicker, better data by alternative means.

Seen in this context, the SEC move is part of a plan to “take back control” by companies of their own stories and reduce the net sum of actionable information.

It’s not just the proxy firms and ESG investors that should note this development. What’s to stop corporate interests training their focus onto, say, sell-side research, NGOs or anyone else who disagrees with them?

As Jackson said, he hopes “shareholders of all kinds will come forward to engage” with the SEC. That is the way forward.