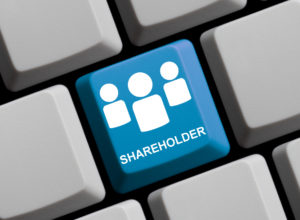 Norges Bank, manager of Norway’s $1trn sovereign wealth fund, has called on the European Commission to further harmonise rules on the right of shareholders to file proposals at companies across the EU.

In response to the Commission’s renewed sustainable finance strategy consultation, the manager of the Norwegian Government Pension Fund Global said such harmonisation would “not necessarily entail removing the ownership thresholds for filing a proposal” but “rather instituting a more streamlined and straightforward filing process that long-term investors with a reasonable stake in the company can utilise to raise important matters at annual meetings”.

The letter, which was penned by Norges’ Chief Corporate Governance Officer Carine Smith Ihenacho and Senior Analyst Séverine Neervoort described shareholder proposals as an “important feature of the corporate governance ecosystem”, which, in certain markets, have been “instrumental in spurring adoption of best practices on environmental and social matters and in flagging material risks”.

Last month, Norges Bank published a report on sustainability proposals outlining how it attempts to “separate high-quality from low-quality” ones using the “useful dimensions” of “materiality, prescriptiveness and company context”.

In its letter to the Commission, Norges Bank also raised concerns about the “lack of standardisation and diverging rules” across the EU when it comes to exercising ownership rights.

Christoph van der Elst, Professor of Business Law and Economics at Tilburg University told RI that some standardisation does exist, following the introduction of an EU-wide rule in 2007 which allows shareholders with a five percent stake to file proposals at companies.

But he added that the harmonisation went no further than this, resulting in “significant differences” between countries, for instance, with regards to the time frames when proposals may be submitted – an issue raised in the Norges Bank letter.

A particular issue for ESG proposals in Europe, van der Elst said, is that in a significant number of EU countries proposals that are deemed to impinge on corporate strategy can be rejected by the company’s board.

In contrast to the US, where shareholder proposals on ESG concerns are commonplace, direct engagement has been more typically the route pursued in Europe by shareholders, he said.

Last year, RI reported that climate lobbying proposals filed at five German companies had been rejected because it was argued by the companies that they fell outside of the “competence of the AGM”.

Charlotta Dawidowski Sydstrand, Sustainability Strategist at Swedish buffer fund AP7, who was involved in the filing of those proposals, told RI that AP7 welcomes the initiative by NBIM.

“We agree that shareholder proposals play an important role in well-functioning corporate governance and can be an effective tool in active ownership strategies. There is room for improvement in terms of harmonization of the filing process within Europe. Filing proposals is time consuming and a more straightforward process would benefit investors seeking to be responsible and active owners.”

Van der Elst told RI that it was the first time he had seen an investor like Norges Bank call for such harmonisation and said it raised an “important question” as to “how far you stretch the intervening powers and the division of powers between boards and shareholders in different countries”.

He described the call for harmonisation as a “reasonable one” and added that if it was brought about it could significantly reduce the cost of filing proposals for investors like Norges Bank, which owns a stake in nearly all the listed companies in Europe.

In the letter to the Commission, Norges Bank also highlights corporate sustainability reporting and due diligence on supply chains as areas that could also benefit from further harmonisation at the EU level.