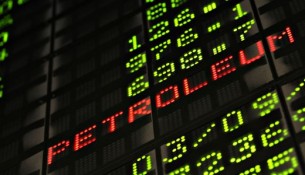 Pension funds with more than $500m (€323m) in assets could be barred from investing in US agricultural and energy commodities in a dramatic bid to curb the “skyrocketing” of food and energy prices under plans put forward by the Homeland Security and Governmental Affairs Committee. If passed, the bill would also apply to US or foreign governmental entities, endowments or sovereign wealth funds with more than $500m in assets, whether traded on a US futures exchange, a foreign exchange, or over‐the‐counter, unless engaging in a bona fide commodities hedging activity. The proposals, put forward by committee chairman, Senator Joe Lieberman, and ranking member Susan Collins, were revealed in discussion documents aimed at curbing excessive commodities speculation. They are based on two recent Senate hearings on commodities, which heard presentations from institutional investors. A third hearing will be held on June 24, to examine the drafts in detail. The Senators said they hoped to introduce bipartisan legislation after the July 4th recess. The committee said assets allocated to commodity indices by “index speculators”, which it noted were predominantly pension funds, sovereign wealth funds, and university endowments, had grown from $13bn five years ago to $260bn.
It said aggregate commodity prices had increased during the same period by more than at any other recorded period in US history.Justifying the $500m cap, it said index speculation was generally unrelated to the changing fundamentals of supply and demand for physical commodities, Institutions, the committee said, favoured “buy and hold” strategies in which a percentage of their portfolio is automatically allocated to commodity markets, unlike traditional speculators who provide market liquidity by both buying and selling futures. The report said: “Index speculators are generally consumers of liquidity because they adopt long‐only positions in the market. Some analysts argue that by consuming market liquidity and increasing demand for agriculture and energy commodity futures, institutional investors contribute to the rising prices at the pump and in the grocery stores.” Lieberman said: “The cost of food and energy is creating severe economic distress for millions of working families in America and around the globe. Each trip to the gas station or grocery store puts a strain on family budgets. We are not, as some continue to argue, witnessing the ebb and flow of natural market forces at work. We are instead seeing excessive market speculation at work and that is why our government must step in with new laws to protect our economy and our consumers.” In an interview this week with Responsible Investor, Donald Macdonald, chairman of the UNPRI, said that many signatories to the $14 trillion investor initiative wished to create a workstream to consider the ethical implications of investment in commodities.