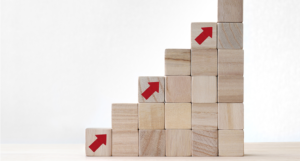 The World Benchmarking Alliance (WBA) has opened a consultation on its draft methodology for the upcoming Nature and Biodiversity Benchmark, including a proposal to assess whether companies link executive remuneration policies to biodiversity objectives.

RI last year reported on the WBA’s plans for a nature benchmark, which will assess the 1,000 most influential companies across 22 industries on their contributions to stable and resilient ecosystems through adequate governance, biodiversity and environmental management, while considering social inclusion and community impact.

The first iteration of the benchmark, assessing up to 500 companies, is planned for publication in autumn 2022.

Within the methodology, the WBA highlighted 19 draft indicators which were specific to the Nature and Biodiversity Benchmark, in addition to 18 core social indicators.

Each indicator will be assigned a score according to the scoring guidelines, which will be developed during the data collection phase in early 2022 and published with the first results, said WBA.

It added that the indicators are spread over three different measurement areas: biodiversity and environmental management; governance and strategy and social inclusion and community impact.

A particularly noteworthy governance and strategy indicator would assess whether a company links performance criteria in senior executives’ remuneration policies to targets and objectives which cover nature (including biodiversity) and social issues.

Alongside executive renumeration the raft of indicators also touch on companies disclosing where its lobbying activities (policy advocacy and industry associations) do not align with nature-positive policies and regulation; committing to no new sites in or adjacent to protected areas, areas of high biodiversity value, biodiversity hotspots or critical habitats, and requiring its suppliers to respect indigenous peoples’ rights in its supplier code of conduct, including the requirement to have a process to identify and recognise affected indigenous peoples and to engage with indigenous communities in carrying out the assessment.

The WBA’s draft methodology consultation is open until March 2nd. After this a finalised methodology will be published in April – from then until September the WBA will embark on its data collection and verification process.

Today’s news comes as biodiversity continues to rise up the investor agenda. Earlier this month, RI exclusively reported that the planned Nature Action 100 initiative – which the WBA is involved in – will seek to engage both companies and governments to reverse nature loss.