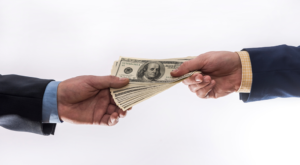 More than half of companies in the FTSE100 tie executive pay to ESG measures, according to research by PwC, which also shows a slump in shareholder support for remuneration packages.

The accountancy giant found that 51% of constituents in the UK’s flagship benchmark included ESG measures in this year’s annual bonus requirements – up from 31% in 2020. The most common ESG metrics include health & safety in the materials sector, and risk and governance in the financial sector.

Notably, the number of companies integrating ESG considerations into long-term incentive plans doubled over the period, hitting 33% in 2021 compared with 16.5% in 2020. Carbon reduction and diversity targets are among the key metrics being used.

“3.8% of companies use ESG indicators based on their corporate strategy in determining executive compensation, and 2.6% of companies use ESG indicators in determining executive compensation even though they are not explicitly mentioned in their corporate strategy, for a total of 6.4%,” found the report.

Calls for companies to link pay packages to sustainability performance have been growing louder in recent years, buoyed by increased attention on income inequality as a result of the global pandemic, and the mismatch between short-term corporate incentive structures and long-term climate goals.

Last month, the Financing a Just Transition Alliance, which includes Legal & General, Aviva Investors, HSBC and Barclays, suggested that shareholders should consider how companies were safeguarding workers and communities as they transition to a low-carbon business model before signing off on pay resolutions. Similar calls were made by WWF Germany recently in relation to biodiversity.

Regulators are also under pressure to consider such measures in their fast-moving sustainable finance regimes. The EU’s advisors are considering the role of ESG-linked executive pay requirements in the upcoming ‘social taxonomy’, saying earlier this year that such a measure could help ensure real-world impact.

“Having executive remuneration linked to ESG should be part of the EU taxonomy as it is a reflection of what is happening in the real economy,” the Platform explained. However, it acknowledged concerns about “how such requirements may interfere with the culture and autonomy of a company”.

In the US, California’s Climate-Related Risk Disclosure Advisory Group has called on public asset owners, including pension giants CalPERS and CalSTRS, to tie executive pay and incentives to climate goals.

PwC’s report, which assessed shareholder voting trends for the 2021 proxy season, also noted a drop in the level of FTSE100 firms receiving 90% or more support from investors for their remuneration reports. The proportion dropped substantially, from 87% in 2020 to 80%, in 2021 – a year in which influential proxy advisor ISS took a more critical stance on such votes.

Where ISS recommended a vote against remuneration packages, support slipped to an average of 64%, compared to 97% where it supported pay, according to the PwC.

FTSE100 drugmaker AstraZeneca and miner Rio Tinto were among those to face large shareholder rebellions over pay this year. Plans to increase AstraZeneca CEO Pascal Soriot’s pay by up to 900% was opposed by 40% of shareholders. More than 60% of investors voted against Rio Tinto’s pay proposal for former CEO Jean-Sébastien Jacques, who stepped down following the Juukan Gorge scandal.

But there are signs that despite the growing pushback, investor voices are not being heeded. The Financial Times reported this weekend that Legal & General Investment Management (LGIM) – the UK’s biggest investment house – plans to stop almost all direct feedback to companies on pay, after finding its responses were ignored most of the time.

Angeli Benham, Senior Global ESG Manager at LGIM, said: “Often we’re an outlier among shareholders with our stricter stance on bonus increases, because we do not support them. Companies tend to do what’s right for management rather than listening to us as a shareholder.”