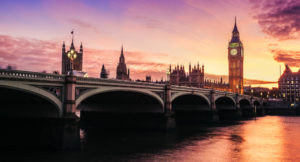 In its response to an FCA consultation on proposals for a sustainable fund labelling regime and sustainability disclosure requirements which closed last week, Cardano said that it welcomed the attempt to introduce a classification system, but warned that discriminating between transitioning and aligned investment products would lead to asset managers avoiding high carbon stocks.

The FCA’s proposed system would see funds which label themselves as “sustainable” broken into three categories: transitioning funds, which have sustainable characteristics, but a low allocation to activities aligned with the UK’s forthcoming green taxonomy, and aligned funds, which have a high allocation. The third category of “impact” funds must have the objective of delivering a positive environmental or social impact.

While Cardano agrees with the impact category, it says that creating a distinction between transition and aligned may lead to asset managers allocating to companies which are already low carbon, and would not incentivise investing in firms with science-based decarbonisation strategies. The response also calls on the FCA to clarify that all investment funds must integrate ESG issues.

In a response to a separate question on the role of other market participants in communicating sustainability-related data, Cardano also raised concerns that asset managers were potentially dependent on ESG data providers. It said that the FCA should consider how service provisions, including sustainable benchmarks and sustainability stewardship services, are supporting asset managers in their sustainable development goals.

The FCA said last year in its 2021/22 business plan it will gather market intelligence on “how well firms are supported by service providers, such as ESG ratings providers”, while the UK Government said in November it was considering  whether providers of ESG data and ratings should be regulated by the FCA.

Meanwhile, the UK Sustainable Investment and Finance Association (UKSIF), which sits on the FCA’s Disclosures and Labels Advisory Group, was also broadly supportive of the proposals. However, it warned that “very careful consideration should be given to the UK taxonomy’s effective operation before sustainability disclosure requirements and the labelling system come into force”. Delays in implementation could heavily impact firms’ ability to report against the disclosure requirements.

UKSIF also said that the FCA should be alert to the possibility of “baking in” some of the errors from the EU’s Sustainable Finance Disclosure Regulation (SFDR) as it attempts to map its own requirements to the European standards.

For example, the regulator should be cautious over granting all funds categorised under EU rules as Article 8 – products that promote environmental or social objectives, a definition that is widely seen as very vague and too broad – the status of “sustainable” in the UK, it said. This would ensure the integrity of the UK system by not mis-categorising Article 8 funds “at the much lower end of the sustainability spectrum”.

“Overall, mapping will need to be an important consideration for the FCA, reflecting also how the EU’s SFDR categories could be mapped to SDR, but the mapping exercise should be done without damaging the credibility of the UK’s system,” said UKSIF.

Legal & General Investment Management (LGIM), the $1.8trn UK asset manager, told RI it welcomed the FCA's "recognition of the importance of ensuring global consistency" by being considerate of existing frameworks such as the SFDR, as well as the planned global sustainabiltiy reporting standards being developed by recently launched International Sustainability Standards Board.

The investment giant added it "encourage[s} the FCA to provide clear guidance and clarity on label classification in the final rules".

Under the proposed changes, pension schemes would be required to calculate the extent to which their portfolio is aligned with the Paris Agreement, and include this in their TCFD reports. Schemes will be able to choose from three models: a binary target measurement which calculates the percentage of investments which are Net Zero-aligned or committed; a benchmark divergence model which compares forecast emissions reductions from the portfolio against a benchmark; and implied temperature models, attempting to estimate the temperature score of a portfolio.

UKSIF said it warmly welcomed the proposals, but cautioned that public disclosure of portfolio alignment may discourage schemes from carrying out stewardship in high-emitting sectors, and issues with data availability and quality mean that schemes should be encouraged to give “health warnings” when they report.

The Association of Consulting Actuaries also said that it supported the measure, but said that the DWP should produce guidance for scheme trustees on setting targets against alignment metrics “in order to avoid driving specific investment decisions such as divestment from high emitting assets”.

Stewart Hastie, who leads the Association’s Climate Risk Group, said: “we support the introduction of a new mandatory portfolio alignment metric as an important and informative tool for pension trustees in managing forward-looking climate risks”.

“However, the guidance should emphasise the importance of the actions being taken within the underlying assets to decarbonise rather than just whether a long-term net zero target has been announced”.