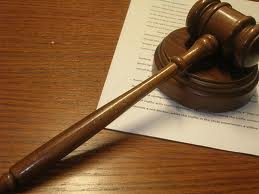 Concerns have been raised about the impact on responsible investment of a potential legal test case currently being prepared against a UK pension fund for breaching its fiduciary duty by not considering climate impacts.

Mark Mansley, chief investment officer at the Environment Agency Pension Fund, says the “case for responsible investment could be set back 10 years” if the case is unsuccessful.

As Responsible Investor reported
last month, the planned case against an as yet unnamed pension fund could send shockwaves through the institutional investment industry.

Mansley said: “I am wary of the case. The law affords enormous discretion to trustees and judges are reluctant to interfere with that discretion. The bar is set very high and claimants would have to demonstrate serious failings by trustees.” He continued: “Even assuming a genuinely ‘bad’ pension fund is targeted – one which is dismissive of climate risk – the legal outcome is far from certain. This is despite the Law Commission report, widespread integration of ESG factors by managers, growing evidence of positive financial impacts from doing so, and increasing consideration of climate risk (even the Bank of England are looking at climate change as a systematic risk issue).“However, a judge could easily sympathise with these arguments and yet find for the trustees, on the basis that the threshold for the courts to interfere has not been reached. The risks are that even a sympathetic but unsuccessful judgment could set back the case for responsible investment ten years.”

Mansley was speaking on a panel at a recent Principles for Responsible Investment (PRI) event discussing its project on fiduciary duty and ESG integration, along with Paul Watchman, a former legal UN adviser and author of the internationally renowned Freshfields report on fiduciary duty, who also raised concerns about the test case.

The lawsuit is understood to be awaiting the green light from Client Earth, the London-based ‘environmental’ law firm, which will lead it. The case would involve members of the pension scheme taking their own pension fund to court over the alleged fiduciary duty breach.

RI understands that it will target one of the laggard pension funds in the UK country ranking of the Asset Owner Disclosure Project (AODP), the not-for-profit group that evaluates pension scheme management of climate change risks and opportunities.