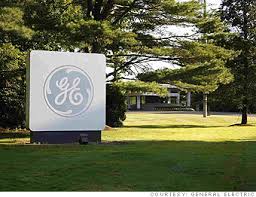 A conservative lobby group in the US called the National Center for Public Policy Research has withdrawn an anti-sustainability shareholder proposal at industrial giant General Electric (GE).

The National Center, which filed its motion ahead of GE’s forthcoming annual shareholder meeting, did not want the company to undertake any energy savings or sustainability projects for the “sole goal of seeking carbon dioxide emissions reductions due to climate change concerns, except as required by law”.

“As shareholders of General Electric, a for-profit corporation, we encourage company management to make decisions guided by common business metrics rooted in capitalist principles,” it added. It warned that decisions solely based upon climate change “might harm the company’s long-term interests and viability”.

The National Center said it was concerned GE may make the reduction of carbon dioxide emissions a higher priority than maximizing financial returns.

GE, which has made a significant commitment to optimize its own use of energy and reduce its emissions, had sought to get approval from the Securities and Exchange Commission (SEC) to exclude the proposal from its AGM agenda. It argued that its corporate sustainability reports make it clear that it won’t embark on initiatives whose “sole goal is to address climate change concerns” and that, accordingly, GE was already substantially implementing the proposal.

But the National Center withdrew its proposal given “the company’s willingness to change its corporate policies to abide by the parameters delineated in our proposal”.GE told Responsible Investor in a statement: “We have made clear in our Corporate Social Responsibility Policy our existing position to undertake an energy conservation or sustainability project only if that project addresses one or more criteria in addition to climate change concerns.”

GE’s Chief Executive Jeff Immelt said in the company’s 2012 sustainability report that he believes companies “must deliver for investors and be a positive force for change”. It was what had allowed GE to be a sustainable entity for more than 130 years, he added.

On its website, GE says that being a “good corporate citizen” is a critical driver of shareholder value and promotes its ‘People, Planet and Economy’ stance. It has said it aims to reduce its absolute greenhouse gas emissions by 25 by 2015. In 2012, it cut its GHG emissions by 32% against the baseline year.

The bellwether company has made much of its Ecomagination sustainable solutions focus, saying it has helped customers save billions of dollars and reduce their environmental impact. In 2010, GE set the goal of growing Ecomagination revenues at twice the rate of total company revenue in five years. In 2012, Ecomagination revenue totalled $25bn. Also in that year it celebrated its 20,000th wind turbine installation.