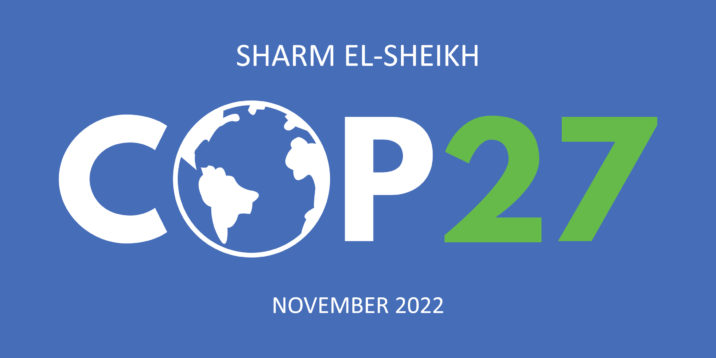 A European Bank for Reconstruction and Development (EBRD) official has signalled that expectations should be managed ahead of COP27 next week. Harry Boyd-Carpenter, managing director of climate strategy and delivery at the bank, warned against expecting “a ratcheting up” of targets, saying that “the problem you get is you get this ratchet effect where you make a pledge one year, and the next year, you’re expected to make another pledge. You just can’t do that, it’s not the way it works. You have to focus on delivering your pledges and that’s where a lot of private sector organisations are now focused.” Boyd-Carpenter said he did not expect COP27 to have “the same intensity” as COP26 last year, but that he still expected a similar level of attendance from the private sector.

The EBRD has also announced plans to launch an “adaptation action plan”. It currently screens projects for climate resilience, but will be looking to “much more systematically identify adaptation opportunities” in future. The EBRD will also partner countries to ask for more focused support for adaptation and is in discussions to join an African adaptation mechanism.

A $42 trillion coalition of institutional investors is calling for ambitious government action on climate at COP27. The statement, co-ordinated by AIGCC, CDP, Ceres, IGCC, IIGCC, PRI and UNEP FI, has asked governments to implement the policies needed to address the climate crisis and accelerate the transition to a net-zero economy.

The Global Reporting Initiative is due to announce a major update of the initiative’s climate-related standards at COP27. The revised standards will enable reporting organisations to increase transparency and accountability on their climate impacts, as well as support a Just Transition to a low-carbon economy. The plans will come into motion in 2023.

Adam Matthews, chief responsible investment officer at the Church of England Pensions Board, has called on GFANZ to support “bottom-up solutions” to help countries deliver on their NDCs. GFANZ has undertaken some useful work, he said, but the financial industry needs to work harder to support emerging and developing economies to deliver on their goals. He said that if financial groups fail to do this, “we can forget achieving below 2C, let alone 1.5C”. Matthews said the Just Transition cannot exist in countries such as South Africa without finding practical solutions that work with coal companies.

Africa is set to be disproportionately affected by climate change, with recent LSEG research showing that Africa has been losing 5 percent to 15 percent of its GDP per capita growth because of the effects of climate change.

LSEG also found that all G20 countries have long-term climate targets but those of eight member countries align to temperature pathways above 2C. It showed that G20 countries’ 2030 targets now align to 2.7C, but only seven have 2030 targets that align with the Paris Agreement’s goal of limiting global warming to below 2C.

Civil society groups have criticised the influence of large financial institutions at global climate talks. Eighty-nine organisations have published a statement condemning last year’s COP26 for allowing financial organisations including GFANZ to “take control – with the blessing of governments and the UN”. The signatories have made the following demands of governments: to limit and regulate the influence of the financial sector in decision-making bodies at COP, to force the financial industry to align with the targets of the Paris Agreement, to guarantee that developed countries take immediate action to stop investment in fossil fuel projects, and to substantially increase funding for the global south to tackle climate change.

Columbia Threadneedle Investments is predicting that the world will “fall far short” on meeting the Paris climate goals. In a note published this week, the manager acknowledged an increase in ambitions, with India launching a decarbonisation plan, Australia committing to stronger net-zero targets, and Mexico, Turkey and Vietnam due to submit new NDCs, but warned that “pledges will fall far short on closing the 1.5C emissions gap”. The statement noted that only 23 countries have presented new or updated NDCs since COP26.

The firm predicts that the topic of compensation for “loss and damage” resulting from climate change in emerging economies may dominate negotiations. However, it notes that unless developed nations agree to concrete action, little progress will be made. The asset manager added that calls for more adaptation finance and climate mitigation finance will likely be ignored given the current macroeconomic pressures. Finally, the statement predicts that momentum on carbon markets will continue from COP26, following positive talks at the Bonn interim conference.

La Française Group is pushing for progress on the $100 billion a year climate financing target for emerging economies, noting that GFANZ was created at COP26 to help close the climate finance gap. With the US anti-ESG movement gaining steam, the asset manager fears banks will reconsider their positions on climate change mitigation and that the alliance will be fractured if US banks pull out. Mark Carney denied these rumours during a recent appearance in front of the UK’s Environmental Audit Committee. Separately, the firm’s head of sustainable investments Marie Lassegnore has acknowledged that “multilateral co-operation could be challenging” at this year’s COP, amid various geopolitical pressures.

Union Bancaire Privée’s impact investing team expects this year’s climate summit to address the topic of fossil fuel subsidies and that a timetable for the phasing out of fossil fuels will be agreed upon. The bank is also hopeful for an agreement on a high-quality global carbon market after previous negotiations have stalled. “Loss and damages” is high on the agenda this year and while this is not an area of focus for the bank, it recognises that any show of global solidarity on that front is key to mobilise a majority of countries, particularly among low- and middle-income countries.

Lombard Odier’s chief investment officer Stéphane Monier has outlined three key topics to expect from COP27. The first is cutting emissions and keeping global temperature rise to 1.5C – despite the UN recently admitting that there was no “credible pathway” to the target. Only 12 percent of countries have submitted revised climate plans in time for a September deadline. Next is raising climate adaptation funding for developing countries that have been hit hardest by climate change, and finally, addressing the energy crisis and shift to renewables as the world struggles with high energy and food prices.