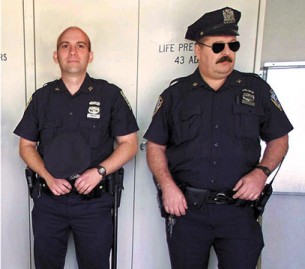 A coalition of 38 of the world’s largest institutional investors running assets of $3trn (€2.3trn) has written to over 100 companies, including high-profile names such as GAP, Severn Trent and LVMH, to pull them up over their failure to meet this year’s deadline to produce an annual corporate responsibility report in line with their membership of the UN Global Compact. The coalition said the failure of companies to submit what is known as an annual ‘Communication on Progress’ (COP) now triggered governance alarm bells among investors who increasingly wanted “real details” about a company’s business practices on ESG issues. The coalition has called its name and shame approach: good COP, bad COP. It is the second year running that the investors, grouped together under the UN-backed Principles for Responsible Investment (PRI), and including fund managers such as London-based Aviva and pension funds including APG in the Netherlands and the Co-Op in the UK, have allied to push companies to meet their Global Compact commitments. The Compact, launched in 2000 by Kofi Annan, former UN general secretary, signs companies up to ten corporate standards rangingfrom upholding union rights to the abolition of child labour. Investors use corporate adherence to the Compact as a basic standard of good environmental, social and governance practice.
In recent years, however, they have become concerned that companies adhering positively to the Compact were becoming frustrated at others taking a “free-ride”: vaunting membership but failing to deliver on action.
On the good COP side, the investors have this year written to around 25 companies including Air France who produced excellent ‘Communication on Progress’ reports. They said this showed that the investment community analysed such reports carefully.
The investors pointed to the success of last year’s campaign as proof that companies take their lobbying seriously. In January 2008, the investors wrote to the chief executive officers of 103 companies in more than 30 different countries. Because of the engagement, over 32% of the companies identified as laggards subsequently submitted a Communication on Progress and improved their engagement with the UN Global Compact.