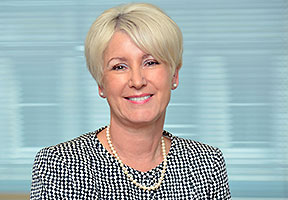 The UK Treasury has set up an advisory group to explore opening up social investment products to individuals, chaired by Elizabeth Corley, Vice Chair and formerly CEO and managing director of Allianz Global Investors.

It has been formed at the request of the Minister for Civil Society Rob Wilson and the Economic Secretary to the Treasury Simon Kirby to explore how the savings, pensions and investment industries, with the support of the UK government, can help individual investors support the things they care about through their savings or investments.

“People want their investments to do good as well as making a financial return.”

It will explore the development of products with social impact components, barriers to such products and how to explain such products to individuals.

The group will also explore regulation and incentives around social investment, and engaging with fiduciaries and advisors.

Buscombe, the former chair of the now defunct Press Complaints Commission, says the group will make recommendations to government in the summer.

Wilson said: “I’m convinced that people want their investments to do good as well as making a financial return. I don’t believe they currently have enough options to make that happen. I hope the advisory group will be able to chart a course to fix that.”

The advisory group is chaired by Corley and includes a long-list of mainstream investors and specialized social investors including Social Finance, Big Issue Invest, Blackrock, the Investment Association and the National Employment Savings Trust (NEST) (see below).Some members of the advisory group are also working on related initiatives, including Legal & General Investment Management which is looking at developing UK ‘social pensions’ that would adopt a similar model to the French ‘fonds solidaires’ (solidarity funds) savings schemes where up to 10% of assets allocated to employee savings funds are invested in social projects.

And Big Society Capital is involved in as taskforce on ‘social pensions’ set up by the UK National Advisory Board on Impact Investment.

The advisory group has representation from the following organisations (selected):