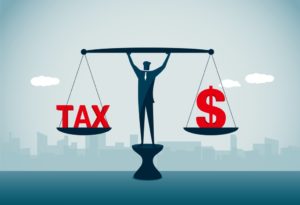 The potential use of tax money to rescue companies hit by the coronavirus-induced crisis has prompted calls on investors to up their game in scrutinising tax avoidance and promote transparency within their portfolio companies —even if this time the crisis is not of their own making.

The UK think tank High Pay Centre (HPC) floated recently the idea that “bailed out” companies should be required to commit to the Fair Tax Mark, which issues an accreditation that assess whether companies pay the right amount of corporation tax.

PIRC, the UK proxy and governance firm, told RI it is supportive of the ideas the HPC has put forward.

Paul Monaghan, CEO and Co-founder of the Fair Tax Mark, told RI: “Just before the crisis hit, we had our first FTSE-listed businesses approach us on the basis that it was suggested by investors that they pursue accreditation. We consider this a landmark moment.”

The Central Finance Board of the Methodist Church (CFB) is among those investors that look for Fair Tax Mark-compliant companies. Its Chief Investment Officer, Stephen Beer, who is also Vice Chair of the £21bn (€22.7bn) Church Investors Group (CIG), told RI: “In the CFB we are looking at ways in which we can engage with companies and encourage them to sign up, or at least fulfil its requirements. Even more important now given that the entire economy is receiving a huge amount of support from the government, which ultimately is, of course, the people.”

"We had our first FTSE-listed businesses approach us on the basis that it was suggested by investors that they pursue accreditation. We consider this a landmark moment" – Paul Monaghan, Fair Tax Mark

“The bailouts did not really challenge the ‘conventional wisdom’. We have another opportunity now. Church investors want to see companies being able to be profitable while being responsible contributors to the well-being of society. We are now in a different world, and one where we are understanding in a very tragic way how connected and important we are to each other. No company can ignore this in the future.”

Ravishankar said: “The PRI will continue to support investor action on greater tax transparency and accountability. Now more than ever it is important that companies behave in line with responsible tax principles during and post-Covid 19, recognising that many countries are providing various forms of tax relief to business during this difficult and uncertain time.”

The PRI convenes a group of interested investors who recently published the report Advancing tax transparency: outcomes from the PRI collaborative engagement 2017-2019.

Among the contributors to the PRI report is Canada’s NEI Investments, whose Director of Corporate Engagement, Jamie Bonham, told RI that this crisis highlights how responsible taxation belongs in the current debates about shareholder value versus stakeholder capitalism and what the purpose of the corporation should be.

Bonham said: “Taxes support the general social infrastructure which allow companies to profit in the first place. I think we drifted from that in terms of thinking that governments are something of an obstacle in the path of profitable companies. This downplayed what tax is paid for and now we are literally talking about direct infusion of billions of dollars of tax money to prop up companies in this time of need.”

He added: “Without government stimulus and their ability to pump tax money into the system we would be really in a bad situation and so, the bigger question is the corporate responsibility around paying tax and have that backstop.”

According to the PRI’s report, the Church Commissioners for England, a CIG member and part of the PRI’s tax group, voted in 2019 against the re-appointment of the chair of the board at seven companies due to insufficient disclosure around tax-related issues and a lack of an appropriate response to investor engagement on the topic.

Steven Bryce, Analyst at Arisaig, an emerging markets focused investor that contributed to previous PRI reports on tax, told RI: “While I can’t comment on the Fair Tax Mark in depth, the general principles of following the spirit of the law, paying tax in the location it should be paid and being transparent with reporting seem sound, in my view.”

Bryce highlighted the suggestion by academic, campaigner and technical advisor of the Fair Tax Mark, Richard Murphy that corporate bonds bought through QE should have a variety of conditions attached, including signing the Fair Tax Mark.

Bryce said: “It is another interesting angle, even if the company isn’t directly bailed out from an equity perspective by the government.”