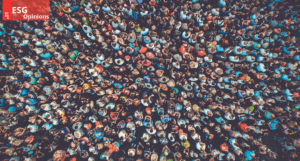 Last summer, 181 corporate leaders, organised by the Business Roundtable, trumpeted a promise to lead their companies to benefit all stakeholders, such as workers, their communities and shareholders. As shareholders are about to cast their votes at the annual meetings of many companies that employ millions of people and serve a wide range of communities, the idea that we are all in this together has taken on new urgency during a global pandemic. This crisis does not only test corporate leaders about their commitments, but also calls on shareholders to hold CEOs and corporate boards accountable.

We work with pension funds whose ultimate beneficiaries are workers. For shareholders concerned about the long-term value of the companies we invest in, the Coronavirus outbreak has catapulted a major demand to the forefront of all our minds: workers across all industries need paid sick leave and safe working conditions, especially the healthcare and service workers who are at higher risk of exposure to the contagious virus.

The Business Roundtable members committed to invest in their employees and provide important benefits. While many companies, such as Darden Restaurants, have announced new or extended paid sick leave policies and a commitment to support all workers impacted by the spread of COVID-19, several of the country’s largest public corporations have failed to show leadership.

Corporations like Amazon, McDonald’s, Marriott and Walmart (whose CEO Doug McMillon now chairs the Business Roundtable) were carved out of the federal government's emergency relief legislation, exposing these corporations to major risks if they shrink away from taking responsibility for their workforces in a major health crisis whose long-term economic consequences have yet to fully emerge.

Good employers should not force workers to choose between self-quarantining for their health, and putting food on the table for their families. Consumers will pick the restaurants and grocery stores that have taken tangible steps to assure them that there’s little risk to contract an illness. To gain the trust of customers during and after the pandemic, it’s critical that health and safety becomes an integral part of a business’s operation.

It’s up to shareholders to review the boards of directors at the largest companies across the country, whether or not they have heightened their oversight of executive decision-making and stepped up for the health and well-being of workers. It is the board’s responsibility to oversee workplace policies, and this is the time for decisive action – not just on paid sick leave and healthcare, but on policies that suppress workers’ voices when they experience or witness misconduct. That’s why we’ve also called for an end to inequitable employment practices like non-disclosure agreements, and for stronger whistleblower protections.

As CEOs and board of directors prepare to showcase their achievements at this year’s, mostly virtual, annual meetings, this is a moment for leadership. It’s a good start that the CEOs of all the major US airlines, for example, have taken pay cuts. However, the possibilities for loopholes in their complex pay packages are boundless.

Will boards authorise hefty retention grants to shield executives from a downturn in the stock market? How about capping CEO pay at a reasonable multiple to median US worker pay – say, 30 times – particularly when the company is laying off workers? How are companies managing their cash? We say to the boards: keep your workers on the payroll and suspend share buybacks.

It’s imperative for typically insular corporate boardrooms to open their doors as they make decisions about paid leave, safe working conditions, and whistleblower protections that will impact their returns and their workers, not just during this health emergency, but for years to come. It’s not only time for companies to disclose basic metrics to allow investors to evaluate their workplace policies, but to establish meaningful mechanisms to allow workers to have a say without fear of retaliation.

We will have to wait and see how shareholder season unfolds in this unchartered time, but no matter how or when the annual meetings happen, the physical and financial safety of workers, shareholders and all stakeholders must be at the forefront of corporate decision-making – for the sake of the long-term viability of our companies and all their stakeholders.

Dieter Waizenegger is the Executive Director of CtW Investment Group, which works with pension funds affiliated with the Change to Win labour union in the US.