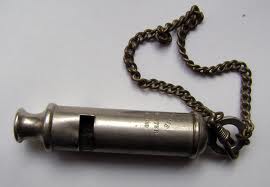 Back in 2010, when the US Securities and Exchange Commission (SEC) was engaged in a rulemaking to implement the Dodd-Frank Act’s whistleblower provisions, multi-national corporations were lining up at the SEC’s door, pressing regulators to require that whistleblowers report their claims first to internal compliance officers.

Ultimately, those leading the charge in this lobbying effort included Tyco, Pfizer, and Citigroup; the poster children for securities law dereliction and internal compliance programs that failed to catch and correct fraud before it caught up with investor savings.
While these corporations lined up against regulation that would empower and compensate corporate whistleblowers, does this mean that whistleblowers — as a whole — are antagonistic to corporate interests? Or is it just the officers and Directors who have concerns about whistleblowers? Perhaps whistleblowers actually play a role in keeping corporate leaders honest, which would explain the antagonism. Of course few would disagree that honest corporate leadership is consistent with long term corporate health and shareholder interest.
Publically traded corporations are run by temporary caretakers who, at least in the cases of large corporate fraud, including Tyco, WorldCom, and Enron, made decisions to benefit their own immediate interest rather than the long-term health of the corporation and the interests of shareholders and even employees.
Those who purchase equity or debt in a corporation do so based on what are essentially the representations of high level corporate insiders, who may very well have a personal interest in seeing stock prices rise or debt issued with some relative ease. The only check on misrepresentations by these individuals is the potential that they will be held liable for securities fraud or that the corporation itself will be subject to civil litigation if the misrepresentations are material and damages have occurred.Very few checks in the system exist to catch wrongdoing and alert regulators before equity or debt owners have sustained injury. One of those checks is the U.S. whistleblower system and its bounty provisions.
While the SEC has historically paid bounties on monies recovered from insider trading prosecutions, the scope of the Agency’s ability to award bounties was greatly broadened when President Obama signed into law the Dodd-Frank Wall Street Reform and Consumer Protection Act on July 21 2010. The SEC now pays bounties to individuals when it recovers money attributable to allegations of any securities fraud (for a bounty to be paid, the recovery must exceed $1 million dollars). Whistleblowers may now receive bounties for reporting on misrepresentations to the market, whether or not actual injury to shareholders has occurred. Whistleblowers also may receive a bounty for reporting facts concerning the bribery of public officials by representatives of publically traded companies that issue securities on U.S. Exchanges. Perhaps this is why corporate leaders are so concerned these days about compliance with the Foreign Corrupt Practices Act (FCPA). Remember how Wal-Mart allegedly bribed Mexican officials to pave the way for a store to open near the Pyramids outside of Mexico City? Shareholders have a right to make sure that success of their investment is not predicated on illegal conduct which can sometimes destroy a corporation, tanking shareholder equity.
The expanded whistleblower provisions were put into law after the Bernie Madoff scandal which resulted in losses to investors, including individuals and not-for-profit entities, of billions of dollars. Litigation seeking the recovery of funds, attributable to that scandal, is still ongoing even though Bernie Madoff is now spending his third year in a federal prison.

Undoubtedly, the architects of the Dodd-Frank whistleblower provisions assumed that when whistleblowers report wrongdoing to agency officials at an early stage of fraud, damage could be mitigated or perhaps even prevented. Of course the mere notion that whistleblowers exist to report fraud directly to agency officials is a threat that keeps would-be wrongdoers from breaking the law. While it may be hard to instill ethics in some corporate leaders, it is easier to change the calculus by which they determine the risk of being caught. In addition, maintenance of a regulated whistleblower program, which encourages whistleblowers to report their information to a government agency, provides a carefully crafted and reasoned way for internal information to be used for the purposes of protecting the long term interests of the corporation, and its stakeholder’s including shareholders, employees and consumers.

Since the stock market crash of 1929, when investors lost life savings, the United States Government has continually pursued legislative, regulatory, and enforcement avenues to keep the markets honest.Keeping the markets honest, quite simply, protects investors.

Empowering whistleblowers, by paying bounties to them for successful compliance enforcement actions, is yet another step toward ensuring market integrity and, at least in the case of the United States, market integrity, meaning strict regulation and compliance enforcement, is the rationale for investing through U.S. exchanges.
While whistleblowers may not be the friend of the corporate titan whose game is to maximize his or her own benefit at shareholder expense and long-term corporate stability, they are allies to shareholders – by helping to keep the temporary caretaker honest.