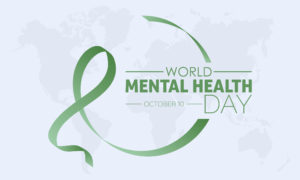 Browne was speaking to RI as CCLA – which convenes the group – published the first iteration of its Corporate Mental Health Benchmark – Global 100.

The announcement was made to mark World Mental Health Day, which seeks to raise awareness of and mobilise support for mental health issues around the world.

For the benchmark, 100 of the world’s largest companies were assessed on their approach to workplace mental health.

In particular, each was interrogated on 27 discrete criteria across four major themes: management commitment and policy; governance and management; leadership and innovation; and performance reporting and impact.

Among the key findings was that, while nine in 10 companies recognise workplace mental health as an important business concern, less than half have formalised these commitments in a policy.

The targeted firms were initially assessed in May by CCLA for its UK Corporate Mental Health Benchmark.

At the time, a spokesperson for the initiative told RI that CCLA was in the process of building out a formal engagement programme with the signatories. Browne explained: “We’ll start to organise into formal engagement working groups in Q4, covering global [due to be launched in October] and UK benchmarks.”

On Monday, she provided a further update, telling RI: “From Q1 2023, we will begin to organise signatories into small collaborative engagement working groups. Companies in performance Tier 5 (most likely) will be divided between investors for engagement purposes. We will then gather signatories together at regular intervals to share case studies and evidence of improvements.”

Tier 5 is the bottom group in the benchmarks, defined as companies which are “at the start of the journey to adopting a formal approach to workplace mental health management and disclosure”.

A spokesperson added: “The starting point is Tier 5. It’s not out of the question that investors will engage with other tiers, but Tier 5 will be first focus.”

The spokesperson said there is no plan to disclose which investors are engaging individual companies.

Monday’s report also noted that CCLA will conduct the second iteration of the UK 100 and Global 100 benchmarks in mid-2023. “We expect to cover the same scope of companies and broadly the same methodology to allow for meaningful year on-year comparison. The list of companies within the scope of the benchmarks may be slightly different depending on the market capitalisation and employee figures of each.”

It continued: “We will write to all companies in January 2023 to confirm their inclusion in the 2023 benchmark cycle, and we will share with them the timeline for company assessments and publication of the benchmark results.”

A Shell spokesperson told RI: “The health and wellbeing of our staff is extremely important to us and we will use the report’s finding to further strengthen our focus on good mental health and providing access to high quality care and support. We regularly have discussions with our investors on a range of topics that impact Shell’s business and operations, and we will continue to do so.”