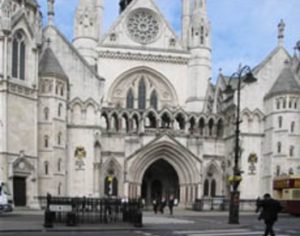 A UK court has found that government guidance to Local Government Pension Scheme (LGPS) funds about boycotts, sanctions and divestments relating to foreign and defence policy was unlawful.

The case had been brought by campaign group the Palestine Solidarity Campaign (PSC) and LGPS member Jacqueline Lewis.

While the government guidance acknowledged that LGPS authorities were entitled to base decisions upon non-financial factors, it barred divestment policies directed “against foreign nations and UK defence industries”, other than where formal legal sanctions had been put in place by the government.

This has now been overturned by Judge Sir Ross Cranston at the Administrative Court at the Royal Courts of Justice in London. Cranston, professor of law at the London School of Economics and a former Labour MP, was ruling on guidance from the Department for Communities and Local Government (Guidance on Preparing and Maintaining an Investment Strategy Statement), which came into effect in November 2016. He decided the government unlawfully used powers that are designed for pensions regulation to achieve purposes completely unrelated to pensions.

It means, lawyers said, that LGPS are again entitled to make ethical investment decisions without “inappropriate interference” from central government.

The news was welcomed by UKSIF, the UK Sustainable Investment and Finance Association.Public policy head Fergus Moffatt told RI: “We pointed out in February last year that schemes should be taking financially material factors into account and that the appropriate tests for whether a fund could take non-financial factors into account were set out by the Law Commission in 2014.

“Those tests are that scheme members share the concern and that there is no risk of significant financial detriment to the fund.

“The arbitrary inclusion of rules requiring schemes to invest in-line with Government foreign and defence policy was in conflict with this clear guidance, and was unhelpful, representing a clear obstacle to long-term investment.”

PSC Chair Hugh Lanning said: “Today is a victory for Palestine, for local democracy, and for the rule of law. This ruling upholds the right of local councils and their pension funds to invest ethically without political interference from the government of the day.”

The PSC was represented by law firm Bindmans, the practice founded by leading human rights lawyer Professor Sir Geoffrey Bindman. Jamie Potter, a partner at the firm, said: “Individuals, and the pension schemes that work for them, should be entitled to take a stand against the role of foreign countries and the arms trade in violations of human rights around the world.”

The 89 LGPS funds, with combined assets of £217bn (€250.8bn) are currently merging into a set of larger pools; as reported by RI last month ESG guidance is being prepared.