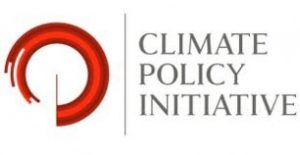 Corrects earlier version
A transition to a low-carbon electricity system would save the global economy an estimated $1.8 trillion between 2015 and 2035, and withdrawing from coal assets would give the largest emissions reductions for the least loss in financial value, according to two reports published today by the Climate Policy Initiative (CPI). The CPI reports make up the finance chapter of The New Climate Economy Report 2014, a major review released by the Global Commission on the Economy and Climate established by seven countries: Colombia, Ethiopia, Indonesia, Korea, Norway, Sweden and the United Kingdom, on how countries can avoid climate change risks and generate resilient and inclusive economic growth. The CPI reports are significant for investors given the current debate around divestment from coal assets and the pushback from the coal industry. The first report, “Moving to a Low Carbon Economy: The Financial Impact of the Low-Carbon Transition,” compares the costs of low-carbon electricity and low-carbon transportation systems with current systems. The second, “Moving to a Low Carbon Economy: The Impact of Different Policy Pathways on Fossil Fuel Asset Values,” focuses on the risk of losses in the financial value of existing fossil fuel assets – so called “asset stranding”. In the first report, the CPI says the cost savings would come through significantly reduced operational costs in extracting and transporting coal and gas. These savings, it says, would outweigh increased financing costs for renewable energy as well as losses in the value of fossil fuel assets consistent with policy attempts to keep C02 emissions below 450ppmabove pre-industrial levels. Adding in a serious policy drive to transition from oil to low-carbon transport could also increase global investment capacity by trillions, especially in regions that import more oil than they produce – such as the United States, Europe, China, and India – the report adds.
In the second report, among a range of findings, the CPI says just transitioning away from coal could achieve 80% of the needed emissions reductions for 12% of the asset value at risk, making it, it says, an obvious first choice for low-carbon policy action. The report also points out that governments rather than private investors and corporations, own the majority of fossil fuel assets and are most at risk of asset stranding in the event of the implementation of global policy decisions that reduce demand. The report said that taking into account the full economic value of production and consumption, governments own 50-70% of assets worldwide, including the majority of upstream coal assets (primarily in Poland, Greece, and Germany), approximately 40% of coal-fired power plants, and a smaller share of oil, natural gas, and gas-fired power plants.
Tom Heller, Executive Director, Climate Policy Initiative: “For policymakers around the world wondering whether the transition to a low-carbon economy will help or hurt their countries’ ability to invest for growth, our analysis clearly demonstrates that, for many, the low-carbon transition is a no-brainer. It not only reduces climate risks, its benefits are clear and significant.”

Link directly to the CPI reports