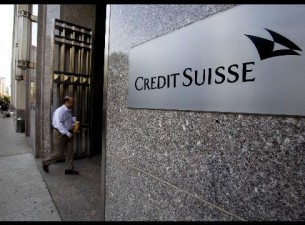 Ethos, the Swiss sustainability investor group, will today (April 30th) continue its campaign against what it terms excessive executive packages at Swiss banking groups, by voting against the remuneration report for 2009 at the annual general meeting of Credit Suisse in Zurich. Ethos, an 84-member group comprised mostly of Swiss pension funds, is reportedly being joined in the remuneration no vote – which is non-binding – by influential US proxy investment advisors, RiskMetrics and Glass Lewis. That could take the anti-camp at the AGM into double figures, despite a shareholder register at the Swiss bank that includes a number of large blocs, including the Qatar Investment Authority, its biggest shareholder, with a nearly 10% stake. The shareholders are understood to be unhappy with the terms of bonus plans put together for Credit Suissedirectors and top staff. Under a controversial five-year bonus plan, the 2009 remuneration package of Brady Dougan, the Credit Suisse chief executive, will reach almost €50m. A further 400 senior bankers will share in excess of €2.1bn. Jean Laville, co-managing director of Ethos, said: “That is just this year’s five-year plan. The terms for future plans also appear to have very high upside and no downside for management: the lessons of the credit crisis appear not have been learned.” A high vote against the report would send a strong signal of shareholder discontentment to the Credit Suisse board. Earlier this month, Ethos led investors at UBS in a successful vote against the signing off on responsibility for the Swiss bank’s accounts for 2007, 2008 and 2009. The resolution was voted down by 52.75% of shareholders at UBS’ AGM in Basel on April 14th.
Link to Ethos’ Credit Suisse proxy notice