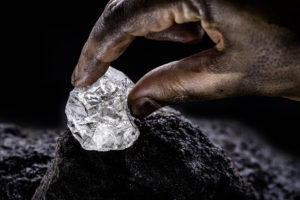 The world is on the cusp of a mining revolution. Getting to net zero will ultimately depend on electric vehicles, wind turbines, solar panels and other technologies that have a massive appetite for minerals. A single electric vehicle battery consumes some 52kg of graphite, 29kg of nickel, 20kg of copper, 8kg of cobalt and 6kg of lithium.

A wave of investment in new mines is therefore needed. Lithium, for example, was only produced in small quantities for niche applications until the advent of the modern battery industry. Demand has already doubled since 2017 and is set to increase sixfold by 2030. The International Energy Agency estimates that 50 new average-sized lithium mines will be needed by the end of the decade to keep the world on track to net zero.

But the mining industry has an unenviable reputation. Disasters continue to happen, even though many companies have developed sophisticated processes for managing and mitigating their environmental and social impacts. The worst mining tragedy of recent years saw 270 people killed when a tailings dam, used to store toxic waste, collapsed at Vale’s Brumadinho iron ore mine in Brazil in 2019.

The next decade will determine whether it is possible to rapidly scale up investment in mining, while also ensuring that the mining industry improves its sustainability performance. “We must reduce our greenhouse gas emissions,” says Aimee Boulanger, executive director of the Initiative for Responsible Mining Assurance (IRMA). “But we need to make sure as we do it, we’re not causing ourselves greater harm with solutions that cause more problems.”

The push to extract the minerals needed in low-carbon technologies coincides with increasing concern in Western capitals over their dependence on geopolitical rivals – notably China – for the supply of raw materials.

The US Inflation Reduction Act contains incentives for electric vehicle manufacturers to source battery materials from the United States itself, or from allied countries such as Canada and Australia. The US and several other governments have also produced lists of the “critical minerals” used in vital technologies that cannot easily be substituted. The minerals used in electric vehicle batteries feature prominently in these lists. The rare earth elements – a group of 17 minerals that are used in the motors of wind turbines, as well as a host of military applications – are also included.

Almost 70 percent of rare earths production takes place in China and Myanmar. China is a major producer of other critical minerals, including lithium and graphite, and dominates the refining and processing stages of almost all critical minerals.

Drew Horn, the CEO of GreenMet, a project finance company that seeks to facilitate investment in the North American rare earths industry, predicts that support from the US government will encourage private sector capital from “non-traditional sources” to invest. Horn, who was formerly a senior official working on critical mineral supply chains in the US government, adds: “You’re going to see some of those larger institutional investors really jump in a much more substantial way and lead the market in the next six months to a year.”

Western advocates of localising supply chains argue that mining is generally subject to much stricter environmental and safety standards in developed markets. Mark Jarvis, CEO of Giga Metals, announced an equity investment from Mitsubishi in its Canadian nickel project earlier this month. He says mining nickel in Canada is preferable to relying on Indonesia, currently the world’s largest producer.

“If you’re trying to save the planet by buying an electric vehicle you need to take a serious look at how those materials are being sourced,” Jarvis says, noting that mining companies in Indonesia are “mowing down tropical rainforest” and “dumping their tailings in the ocean”.

But not everyone is eager to see a renaissance of mining in Europe and North America. Community opposition has recently forced governments to rethink lithium projects in Portugal and Serbia. Greenland’s parliament, meanwhile, pulled the plug on plans to develop one of the world’s largest known rare earths deposits last year.

“There are many NGOs and mining-affected communities who feel like even the phrase ‘critical minerals’ is one which is a code language for expediting, permitting and reducing the oversight,” warns Boulanger. Opponents of new projects rightly stress that negative impacts can happen even in the best-regulated jurisdictions. In one of the most notorious incidents of recent years, Rio Tinto destroyed the Juukan Gorge archaeological site in Australia in May 2020 – obliterating 46,000 years of history.

Whether investors have the tools to manage risks as critical mineral production expands is an open question. “There needs to be far greater attention from the investor community as to how we’re going to ensure the mining sector is well-positioned to meet that demand and to do so to the highest standards that we would expect,” says Adam Matthews, chief responsible investment officer at the Church of England Pensions Board.

In a bid to clean up its act, the mining industry has developed a host of standards and certification schemes over the past 15 years. These efforts have been perhaps too successful, to the point where the alphabet soup of competing schemes is generating confusion.

“I have some sympathy for companies that find it difficult to know what expectations are from investors or wider society,” says Matthews. He promises that Mining 2030, an investor initiative that he chairs to promote reform in the mining sector, will look at ways to help resolve the confusion.

Investors have typically relied on the International Finance Corporation’s Performance Standards and the Equator Principles for managing environmental and social risks in project finance. But it is largely up to mining companies themselves to identify the appropriate mining-specific standards to report against as they seek investment.

“We are in the process of reviewing the various ESG reporting standards to understand which is the most relevant to our business and our stakeholders,” says Jeremy Wrathall, CEO of Cornish Lithium, a company seeking to develop lithium deposits in south-west England. “It is likely that we will align with a number of different frameworks.”

But Jamie Strauss, CEO of Digbee, a company that provides an ESG accreditation platform for the mining industry, notes that having different companies relying on different standards is a recipe for chaos: “There’s absolutely no consistency in the approach.”

Another fundamental problem is that mining standards are largely designed to evaluate existing mines. But investors in new critical minerals projects – which are usually developed by “junior” companies – have to take a more ad hoc approach.

Rajat Kohli, a consultant and adviser to the metals and mining industry who was formerly head of Standard Bank’s mining practice, says one of the most important tests involves “looking at the quality of the management team”. Investors should also scrutinise the consultants hired by the company for environmental evaluations and community liaisons, as well as the policies that companies have made publicly available, he says. “What do they say about things like ESG? Is it cursory or is it slightly more involved, more nuanced?”

Zama Dadan, a private equity investor in the mining sector, agrees that “effective policies and governance structures” are crucial to enable junior mining companies to manage risks. Investors can gain assurances, she says, through the company having an ESG committee and experience with ESG on its board and in its management team.

But a standardised and systematic approach is yet to emerge. Jarvis says Mitsubishi has assessed contextual factors around Giga Metals’ nickel project in Canada, including whether the deposits are susceptible to acid rock drainage (one of the main causes of environmental pollution in mining). But this does not translate into a requirement for regular disclosure. “There’s no formal reporting being set up,” he says. “It’s just we’re going to be in constant communication.”

One possible solution may emerge through a new standard being developed by IRMA. The organisation’s Standard for Responsible Mining is often considered one of the most credible frameworks for assessing operating mines. Now, says Boulanger, the initiative is working on the “IRMA-Ready Standard”, which will cover the exploration and development stages of the mining process.

“It looks a lot like the IRMA mining standard, but it has been retooled for that fragile and critical early phase of development,” she says. The new standard would involve independent third-party audits, Boulanger confirms, adding that it may take at least another year to finalise the requirements. In the meantime, she says: “There are a whole bunch of companies very hungry for it.”

“SLLs can and should be scaled up,” says Namrata Thapar, the IFC’s global head of mining. “We are optimistic that more and more mining companies will link their capital raising and financial performance within an overarching sustainability matrix.” She inserts the caveat, however, that the targets in these loan agreements must be backed up by a credible action plan. “Companies which do not have a clearly defined strategy or performance target may find it more difficult to raise SLLs.”

Yet sustainability-linked financing in the mining sector remains “very much a fringe activity”, says Krista Tukiainen, head of markets and research at the Climate Bonds Initiative. And, in a clear parallel with standards and certifications schemes in the mining sector, there is no consistent industry-wide approach to the type of KPIs that should be included in sustainability-linked loans and bonds. The result, says Tukiainen, is a “Wild West” situation, rife with potential for greenwashing.

There is no doubt that ESG has become central for companies seeking to raise capital for critical minerals projects. “Companies which outperform in ESG have access to a greater pool of capital, enjoy a lower cost of capital, and have demonstrated higher returns in the market,” says Dadan. She points to growing signs of a “green premium” in the market for certain metals, including reports that future production of zero-carbon lithium will sell at a premium.

Cornish Lithium is one of the companies seeking to develop zero-carbon lithium by using geothermal energy to power the extraction of the mineral from granite. “We believe that we have a key advantage inasmuch as both of our approaches to lithium extraction involve environmentally friendly extraction processes,” says Wrathall. “We do believe that this is what has attracted ESG-conscious investors and funders so far and that it will continue to do so as we grow.”

The clock is ticking for the world to scale up the extraction of critical minerals before net zero targets slip further out of reach. Investors could well be accused of shirking their responsibilities by not supporting the mining of the minerals that will power the energy transition.

Yet clearly the idea of a “just” transition is hollow without ensuring that mining is conducted responsibly. The industry still lacks a truly standardised and systematic approach to assessing the sustainability credentials of start-up mines – but companies can no longer afford to ignore environmental and social concerns.

The reality today is that raising capital would be “incredibly difficult”, for any company that failed to do at least the basics on establishing mechanisms for managing ESG issues, says Matthews. “I would like to think that investors across the board have that recognition that the short-term approach of trying to open a mine without attending to these issues is actually going to lead to long-term challenges and difficulties.”