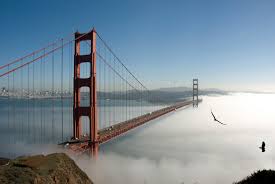 There have been some harsh words in the run-up to a crunch vote on sweeping fossil fuel divestment at the San Francisco Employees’ Retirement System (SFERS) – reflecting the high stakes of what would be a rare divestment by a US public pension plan.

NEPC, investment consultant to SFERS, as well as its own staff, have issued recommendations against divesting from the fund’s $473m fossil fuel portfolio – which have been characterized by officials as “misleading” and flawed, ahead of the vote by the seven-member trustee board tomorrow.

As reported by RI, the Board of Supervisors, the legislative body of the City and County of San Francisco, has since 2013 been urging SFERS’ staff to divest from its current 86 fossil fuel holdings, which if passed, would be a pioneering vote for a public employee pension fund in the US.

More recently, last May, Supervisor Aaron Peskin reiterated such calls. In reaction to the NEPC and staff reports, Peskin told RI that the recommendations are “misleading on a number of levels”.

“Namely, its omission of the viability of clean energy investment opportunities, but also the cost to tax payers when we don’t treat climate change like the crisis it is. San Francisco should be a national leader on clean energy, not propping up a dirty industry that is wreaking havoc on our planet.”

Offering his own personal views, Victor Makras, the trustee behind the motion, told RI that the reports failed to provide trustees with specific return data and “even just a list of holdings”.

He said: “We are a public agency, our members are due an open discussion and understanding what the economics of this is. The submitted documents for the commissioners’ and the public’s review fail to meet the fiduciary standards which govern our organization.”

Makras added: “Our holdings comprise of 86 companies’ holdings between $500,000 and $60 million. Two years’ return data has 37 losses and 12 winners — that’s 75% losses. San Francisco should lead the way by dumping poor performing stocks and investing in renewables”

Asked where to find such return data on fossil fuels, as well as the opportunity cost and quantified impact of divesting vs. retention, SFERS Executive Director Jay Huish and NEPC did not reply by the time of writing.

NEPC and SFERS’ Chief Investment Officer William Coaker concurred in the belief that divestment “will materially reduce the potential risk-adjusted return” of the fund.Coaker offered 13 reasons not to divest, among them: that “divestment does not reduce fossil fuels, simply changes ownership”; that in the US “not a single public plan has actually divested” and that “no investment consultant to a US public pension plan” has recommended so.

Regarding SFERS’ divestment from tobacco stocks 19 years ago, Coaker stated: “Even if the use of fossil fuels were in decline, that does not mean their investment returns would be poor. Smoking among adults in the US has declined from 25 percent in 1997 to 15 percent today.”

Will Lana, a partner of US SRI fund firm Trillium Asset Management, told RI that the best empirical study available on this subject is the University of Groningen’s Divesting Fossil Fuels: The Implications for Investment Portfolios.

The study compared the risk-adjusted return performance of investment portfolios with and without fossil fuel companies over the period 1927-2015.

“Its result is that fossil fuel free investing has not impaired long-term performance. That finding carries weight. I am aware of no contrary findings which cover a similar length,” Lana said.

He added: “By combining this study’s historical context with the forward-looking context of climate change, one can more clearly see the uphill battle oil and coal stocks face to keep pace with market returns.”

Similarly, Mercer, the US-based consultant, published this year a report entitled Preparing Portfolios for Transformation, which assessed the potential impacts faced by investors who have committed to the Divest-Invest pledge.

Defying the Trump administration’s withdrawal from the Paris Agreement, Jerry Brown, Governor of California, announced in July that San Francisco would host the Climate Action Summit in September 2018.

It comes as CalPERS has revealed that it has completed divesting stock in 14 thermal coal companies last month.

In that respect and ahead of the SFERS vote, climate activist Bill McKibben, co-founder of 350.org, said: “It would be the height of irony if world leaders heeded the governor’s call to assemble by the Bay, only to find that the city itself was still following the Trump model and investing in fossil fuels.”