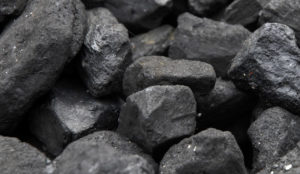 Up to 40% of Chinese coal power capacity risks being “stranded” by the end of the decade due to a combination of lower economic growth, tighter regulation and heavier reliance on renewables, according to a report from the Carbon Tracker Initiative and the Association for Sustainable and Responsible Investment in Asia (ASrlA).

Carbon Tracker is the UK-based group whose work on ‘unburnable carbon’ has done much to put the stranded assets debate on the agenda at investment institutions.

Drawing on figures from the International Energy Agency (IEA), the report’s authors predict that by 2020, China will have a maximum of 1110 GW of coal power capacity installed. This is 310 GW more than the 800GW recorded two years ago. At the same time, however, the authors believe that by the end of this decade, Chinese demand for coal power will dip below the 2012 level to total 673GW.

As a result, 437GW, or 40%, of Chinese coal power capacity forecast for 2020 could be unused, the report says. This scenario assumes that there will be slower economic growth, more regulation of pollution, a possible carbon tax and heavier reliance on Chinese renewable technologies like solar.The report also states that while China has enough thermal coal reserves to meet domestic demand for the next 23 years, coal companies, including three listed ones that have attracted foreign investment, spent $21bn (€15.4bn) to expand those reserves.

Given such overcapacity, the report recommends that investors in the three companies, including China Shenhua Energy (CSE), question whether the investment was the wisest use of capital and require better disclosure about future spending. Said AsrlA Chief Executive Jessica Robinson: “Investors need to dispel the belief that Chinese coal demand is insatiable and integrate this into their decision-making by stress-testing the relative risks of different future demand scenarios.”

Citing CSE as an example, Luke Sussams, a senior researcher at Carbon Tracker who was the report’s lead author, believes investors are already becoming aware of the risks. “The company’s share price has tumbled recently, and I think that’s a sign that they are already concerned that capacity is outpacing demand.” Since last November, when it was trading at around HK$26 (€2.46), the CSE share has declined to around HK$21. Link