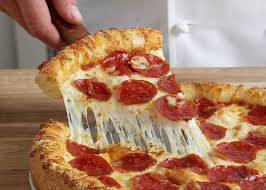 CtW Investment Group, the body which works with US pension funds sponsored by affiliates of union federation Change to Win, is calling for shareholders to vote against pay at New York-listed Domino’s Pizza, the restaurant chain and franchise business.

CtW, linked to funds with $250bn (€181.2bn) in assets under management which have substantial holdings in the company, is also calling for a withhold vote for Domino’s director Andrew Balson, the former Bain Capital managing director who chairs Domino’s Compensation Committee. Domino’s holds its annual meeting on April 29.

“We urge you to vote no on the advisory vote to approve executive compensation (“say-on-pay”), and to withhold support for the re-election of Andrew Balson, the sole member of the board’s Compensation Committee up for re-election,” CtW Investment Group Executive Director Dieter Waizenegger says in a letter to fellow shareholders.

Board member Balson is identified in the letter as a “serial overpayer” as a director at two other companies where investors have shown concerns about high executive pay.

He is on the pay committees at restaurant chain Bloomin’ Brands and FleetCor Technologies, the fuel cards and workforce payment firm – both companies where Bain has had investments.

CtW points out that a majority of votes by external shareholders opposed the say-on-pay proposal at the former’s AGM last year. And around a quarter of votes went against Fleetcor’s stock plan (there was no pay proposal) amid a recommendation from ISS.

“This unenviable record raises serious concerns over Mr. Balson’s continued ability to serve as a member of our compensation committee,” Waizenegger writes.