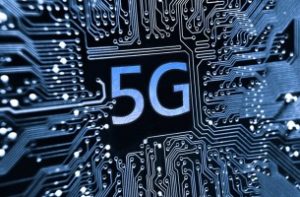 There has been a lot of excited speculation in recent years about the impact of 5G (fifth generation wireless). The proponents of the new technology claim that the advantages are so significant that it will constitute a new industrial revolution, creating the “Internet of Things”; a world where just about everything is connected to the web. Certainly the advantages are considerable, even if the Chinese company at the forefront of this revolution, Huawei, sparks mixed reactions. Concerns over national security (particularly in the middle of the current US China trade war) have dominated the news cycle. But there has been a less public debate going on. Is this new technology safe for humans and the environment.
The advantages of 5G are clear. Foremost amongst these is speed. In theory 5G is some one thousand times faster than 4G. The delay in response times will in consequence be slashed, allowing devices to talk to each other much more quickly. This will mean a leap forward in various industries such as aviation, driverless cars, and healthcare (advancing robotic operations). In addition, 5G operates with a much greater bandwidth than 4G, allowing a significant increase in the number of devices that can be connected to one source. The so-called “smart home” is argued to be on its way. Again.
These changes are so significant that, taken together with the advances in cloud computing, they comprise a new “Industrial Revolution” (the fourth by current counting).
No wonder that so much time and energy is being expended over 5G. In the US, no doubt hurried along by the telecoms companies that will benefit, the race to install the necessary new network has become something of a proxy war for rivalries between China and the United States. To this end the FCC (Federal Communications Commission) and at least 17 state legislatures have sought to block cities from getting in the way of the 5G network roll-out.
This “war footing” is further reflected in the hostility to the Chinese company that is thought to be the leader in 5G technology – Huawei. It’s links to the Chinese Government are an obvious concern.Its founder, Ren Zhengfei, was an engineer in the People’s Liberation army and is a long-term member of the ruling Communist party. President Trump has banned US companies from doing business with Huawei, meaning it has lost access to Google’s Android and Intel’s chips. Huawei’s CFO, and founder’s daughter, Meng Wanzhou, continues to languish under house arrest in Canada, accused of cheating on Iran sanctions.
Behind all the Huawei noise something else is going on which must concern 5G watchers. In the last fortnight, protests have been growing in Switzerland, home to the first intended nationwide roll out of 5G technology. A crowd outside the parliament in Bern demanded a halt to the roll-out of 5G technology until more research has been done into the side effects on humans and the environment in general. 5G operates at a higher frequency than 4G, travels smaller distances, and therefore will require many more masts and higher powered signals. The cantons of Vaud and Geneva have halted permits for the erection of 5G masts, and motions against 5G have been proposed in seven other cantons.
It would be tempting to dismiss many of these concerns as the kind of “luddite” opposition that accompanies all technological advances, but this would be wrong. Back in 2015, some 215 scientists from 40 different countries wrote an open letter to the UN expressing “serious concerns” They claimed “effects include increased cancer risk, cellular stress…genetic damage… neurological disorders.” They repeated their criticism in a similar letter to the FCC in the US in 2017 demanding they “critically consider the potential impact of 5th generation wireless infrastructure on the health and safety of the US population…”
Of course there have been plenty of concerns about the ever-increasing use of cell phone “radiation” long before 5G. Several laboratory studies have shown increased cancer risk (take the US National Toxicology Program Carcinogenesis Studies of Cell Phone radiation published in 2016). And there is growing concern about whether this may be what lies behind the general growth in cancer rates. The American Brain Tumor Association

has identified a worrying increase in cancer among 15-35 year olds. After analysing 2001-2014 data from 48 states (98% of the US population) The Center for Disease Control presented new findings in 2018 of increasing brain, thyroid and renal cancers among individuals under 20 years old. In 2018 the Journal of the Environment and Public Health in England published an analysis of national statistics showing the incidence of glioblastoma multiforme, the deadliest brain tumor linked to cell phone use, doubled between 1995 and 2015.
The effects are not just on humans. A 2010 study argued that electromagnetic radiation may be playing a role in the decline of certain animal and insect populations. EU-funded Eklipse, which monitors the impact of policies on biodiversity and the ecosystem, recently looked at over 97 studies on how electromagnetic radiation may affect the environment. It concluded this kind of radiation could indeed pose a potential risk to bird and insect orientation, and even to plant health. The radio waves can disrupt the magnetic “compass” that many migrating birds and insects use. The UK charity Buglife has warned that plans to install 5G transmitters may have “serious impacts” on the environment.However, as ever in the age of misinformation that we live in, we must examine all of the evidence carefully. Especially so as there would seem to be some dangerous propaganda going on. The Russian network RT America is leading a somewhat hysterical campaign in the States warning of “a dangerous experiment on humanity.” Rather like the sophisticated disinformation campaign during the last US election, their scare stories are being multiplied on social media. RT’s motives must always be challenged, given their close links to Vladimir Putin. It is noteworthy that while they have heavily criticized the US roll out, very little had been said about similar plans in Russia.
5G is clearly a matter of national rivalries. What a dilemma for policy makers this is. But, God knows all of the industrial revolutions we have experienced have had an effect on human lives and on our planet. You would have thought a little more study might be undertaken before surging ahead. Have we learnt nothing?