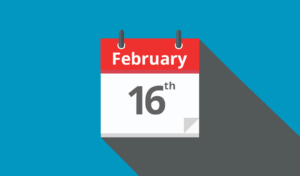 Australian banking giant ANZ has acquired a $50m minority stake in Pollination, the natural capital investment specialist which last year set up a dedicated joint venture with HSBC Asset Management called Climate Asset Management. As part of the new strategic partnership with ANZ, the Melbourne-based bank will gain a seat on Pollination’s Board. “Strategic partnerships are core to Pollination’s impact model – they extend our reach and scale far beyond what we could achieve alone,” said Pollination’s co-founding partner, Martijn Wilder. “With a presence in 14 markets across Asia, it has exceptional reach where investment in decarbonisation and nature is both critically important and a huge opportunity.”

The majority of Members of the European Parliament (MEPs) yesterday approved the European Central Bank’s Annual Report - defeating a last-minute push to significantly water down its climate change section. ”I believe the EP is sending a strong message to the ECB with the approval of this report. Action against climate change must be at the center of the monetary policy and urgent action is needed,” said Spanish MEP Ernest Urtasun.

The US Department of Labor (DoL) has invited public comment on “what actions, if any, the department should take under federal law to protect retirement savings and pensions from risks associated with changes in climate”. The request for information (RFI), which was put out last week, forms part of the regulator’s obligations under President Biden’s climate roadmap, which was published in October. The consultation will run for 90 days and opens not long after the DoL closed another consultation on its widely supported proposal to reverse Trump-era rules that increased barriers to workplace retirement schemes considering ESG factors when investing and voting their proxies.

Consultancy giant EY has launched a new Net Zero service called EY Carbon to support UK-listed businesses prepare decarbonisation plans ahead of proposed regulations announced by the UK Government at COP26, which will take effect in 2023. The new business, which is backed by a £100m cash injection and will see 1,300 people join it over the next three years, will be headed up by EY’s Leader for Energy, Rob Doepel, who now becomes Managing Partner for Sustainability. Doepel will initially oversee a team of 250 UK-based professionals.