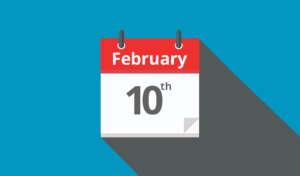 Australian proxy voting rules have been scrapped just days after coming into force, as the Senate today voted to disallow them. In late December, Treasurer Josh Frydenberg announced rules regulating a greater range of proxy adviser activities, for example requiring advisers to provide a copy of their recommendations to companies on the same day as they are provided to investors, would commence this month. The outcome of the Senate vote was welcomed by the Australian Council of Superannuation Investors (ACSI), which said: “The regulations were rushed through without parliamentary scrutiny and with no justification, rationale or harm identified. Proxy advisers faced more onerous red tape and fines of up to $11 million for small administrative errors, and unprecedented rules regulating ownership of advisers. We are pleased to see the Senate voted to ensure the system that has been working well to deliver quality advice that supports investors and millions superannuation fund members is maintained.”

A $3.8trn investor coalition has published a statement setting out its expectations for “job standards and community impact in the Just Transition”. Led by the Interfaith Center on Corporate Responsibility (ICCR), the group calls on companies, investors and policymakers to ensure the shift to Net Zero is racially and economically equitable, by providing a foundation for decent work, job benefits and working conditions; invest in impacted communities and support Just Transition policies at all levels. The investors, which include for example BMO Global Asset Management, The Office of the New York City Comptroller, NNIP and Wespath, said they expect to use the statement to engage companies across a range of sectors such as energy utilities and auto manufacturers.

An interview with the head of the German armaments industry body calling for the weapons sector to be included in the proposed EU social taxonomy has exposed splits in the coalition government over exclusions policies for arms manufacturers. In an interview with the Börsen Zeitung in November last year, Hans Christian Atzpodien said that the activities of arms manufacturers “make a fundamental contribution to sustainability”. Spokespersons for the ruling SPD and Green parties told German TV channel NTV that should not be included in the taxonomy, but a spokesperson for coalition partner the Free Democrats said that weapons companies should be treated exactly the same as other companies by banks, warning that they may decide to move their operations abroad, but said that they should not be included in the taxonomy.

S&P Global has placed its ESG evaluation for Repsol under review following a 10396 barrel oil spill near one of its Peruvian refineries.  While Repsol has completed 50% of clean-up efforts and provided income relief to local communities, S&P said the incident could result in negative changes to the company’s waste and pollution score, currently rated at strong, as well as impacts on its communities and land use, and biodiversity ratings if it does not properly manage the negative effects of the spill – this could result in a reduction of up to 5 points from Repsol’s current rating of 61, and a “moderate” reduction in its preparedness assessment.