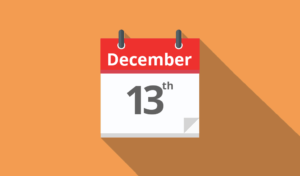 The ‘Big Four’ audit firms – PwC, KPMG, Deloitte and EY – have been warnerd by ClientEarth that they are failing to fulfil audit standards and their core legal duties "by not considering climate risk", leaving them open to legal challenge. In letters to firms, ClientEarth’s lawyers say that there is little evidence that any of the firms are taking climate risk into account when reviewing company financial statements, despite existing requirements to do so. In a review of the climate change-related reporting of the largest 250 UK-listed companies carried out earlier this year, ClientEarth found that only 4% of audit reports in 2019 provided a clear explanation as to whether auditors considered climate-change related factors.  The NGO warning follows last month’s letter from investors representing more than $4.5tn to the Big Four warning that auditors who fail to respond to their call for Net Zero aligned audits should expect votes against their reappointments from next year.

EU insurance regulator EIOPA’s latest report highlighting key risks for insurance and pension sectors has identified environmental risks as “the top risk in terms of the highest expected increase in […] given that extreme weather events grow in intensity and frequency”. It calls on supervisors to ensure that robust risk management practices, especially at reinsurers, are in place to address underwriting risks. The insurance industry, however, could also experience increased demand for new services and play a crucial role in closing existing protection gaps, it added.

Average support for Say on Pay resolutions at S&P 500 companies dropped 1.2 percentage points to 88.4% in 2021, marking a record low and extending a four-year incremental decline according to Morningstar research. This is while average CEO pay in 2020 grew to $15.3 million, or 291 times that of the typical worker - a jump of more than 7%  on 2019 and 25% on 2012. Morningstar suggests that while Say on Pay has failed to control CEO pay, proxy votes on climate resolutions reached an all-time high in 2021.

An investor group representing more than $1.3tn in assets under management, led by Trillium, has urged Starbucks to respect a recent union vote in Buffalo, New York. In a letter, the group raises concerns that Starbucks meddled in the election results by different intimidation techniques. In November, workers filed a federal labor charge, accusing Starbucks of for example engaging in a campaign of threats, intimidation and surveillance in response to the union push. Starbucks has denied all allegations. The investor group said: “The ability of workers to organize, act concertedly, and engage in collective bargaining is an important human right that can be a net positive for companies and investors, and good for society. In contrast, allegations that the Company is not respecting its workers’ rights to exercise their freedom to organize raises reputational and legal risks for investors.”