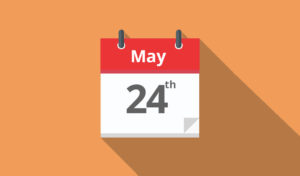 Mark Carney’s Taskforce on Scaling Voluntary Carbon Markets is seeking feedback on its plans to create an oversight body for the offsetting market, and for expressions of interest to participate in such a body. The Taskforce wants to form legal principles for the carbon offsetting industry, which has been accused of enabling greenwashing by allowing big industries to pay for others to reduce emissions rather than decarbonise themselves. The proposals seek to “establish the infrastructure for a scaled and high-integrity voluntary market for the trading and exchange of carbon credits”, and include plans to establish “a new umbrella governance body that will oversee the market, creation of legal principles that will support the market, and determine the ‘Core Carbon Principles’ that will define a high-quality carbon credit”. The consultation is open until 21 June.

Investor demand for energy efficiency stocks has reached the same level as tech stocks during the ‘dot-com bubble’, MSCI has warned. In a recent report, the research house said that, while most thematic indices were not subject to notable overcrowding, at the end of March, the MSCI ACWI IMI Efficient Energy Index had 8% crowded stocks, by weight. “For reference, this was similar to the level of crowding we saw in smaller-cap US technology stocks in 1999,” it noted. It added that the subsequent underperformance of the theme “can be explained, in part, by its crowding characteristics”.

Democrats are seeking to repeal Trump-era rules around fund selection with a new bill clarifying that US workplace retirement plans, such as 401(k) plans, may consider ESG factors in their investment decisions and offer ESG options as defaults. State Street Global Advisors has already backed the proposed legislation, which was put forward by US Senators Tina Smith and Patty Murray and US Representative Suzan DelBene. The filing of the Financial Factors in Selecting Retirement Plan Investment Act came as President Biden unveiled sweeping plans to address climate-related financial risk through an executive order. The US President also raised the issue of the Trump-era rules, calling on the US Department of Labor to consider rescinding them.

EOS, the stewardship business of Federated Hermes, which advises assets of around $1.5trn, is calling on shareholders to back activist fund Engine No1’s campaign to overhaul Exxon’s board by appointing four new ‘climate competent’ members. EOS set out its position in a filing at the US regulator on behalf of its client, Lothian Pension Fund, which is also supporting the campaign at the oil giant. “[T]he concerns expressed by Engine No. 1 echo many of those expressed in EOS’ engagement with the company over the years”, the advisor states. On Friday, Norges Bank Investment Management – the world’s largest sovereign wealth fund – confirmed it would vote in favour of Exxon’s board nominations at the meeting, despite growing momentum around Engine No. 1's campaign.

A senior ESG analyst at the Australian Council of Superannuation Investors (ACSI) has questioned how seriously investors can take the scenario analysis undertaken by some Australian companies. Jodie Barnes said ASCI recently found that all companies listed on the Australia Securities Exchange (ASX) that have a low-carbon future scenario said they would perform well, including coal companies. This could mean downside risks are not considered seriously enough, she said, adding that ASCI is going to continue to engage with the most carbon-intensive companies.

Asset managers are still in the early stages of addressing negative corporate lobbying and policy capture, according to new research by Preventable Surprises. The think-tank found that just under half of the world’s 50 largest asset managers identify lobbying conduct as an engagement issue, while 16 provide public information on their own affiliations with trade associations and only 10 voted for climate lobbying and political finance resolutions at four sample companies (Citi Group, Amazon, Boeing and ExxonMobil) last year. It has also published a report card looking at the corporate policy practices of the 50 asset managers. More than half received an E grade, indicating significant room for improvement.