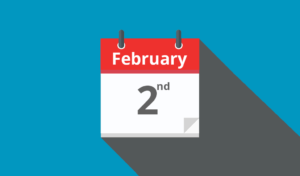 Danske Bank has announced 2030 interim targets for the three highest emitting sectors in its lending portfolio, claiming to be the first Nordic bank to do so. Against a 2020 baseline, the bank plans to halve its lending exposure to oil and gas, citing the lack of clear standards for measuring the transition of oil companies, while reducing emissions by 20-30% per unit transported in the shipping industry, and cutting emissions per kWh in the power and heat generation sectors by 30%. Danske said it would set more sector-based targets – possibly this year – as data quality improves, highlighting the agriculture, housing and heavy industry sectors.

Climate Action 100+ has said it is drawing up a long-term strategy as it draws closer to its initial end point. CA100+ said in its 2021 progress update that its coordinating investor networks are planning a strategy which will be released later this year, indicating that the initiative will not be winding up at the end of this year, as was initially envisaged when it was founded. The initiative also plans to release net zero strategies for the diversified mining and trucks sectors and will release an updated net zero company benchmark in March. Earlier this month, RI published a partial list the Climate Action 100+ lead and supporting investors across a range of its focus companies, based on the latest available public investor reports, interviews with investors and FOI requests.

ExxonMobil and Chevron have been added to Yale University's exclusions list based on a recommendation from its Advisory Committee on Investor Responsibility. The committee makes recommendations solely on ethical grounds, with both companies accused of "undermin[ing] sensible government regulation and industry self-regulation addressing climate change" in violation of a set of fossil fuel investment principles adopted in April last year. It is unclear whether the university has holdings in either company, but previous reporting indicates 3.9% of its $31.2bn endowment is investment in natural resources.