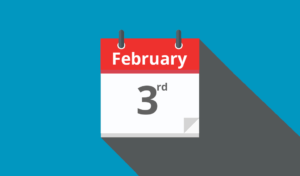 The European Securities and Markets Authority (ESMA) today launched a call for evidence “on market characteristics for ESG rating providers in the EU”. The supervisor said it it looks to develop a picture of the size, structure, resourcing, revenues and product offerings of the different ESG rating providers operating in the bloc. ESMA said it is “looking to complement this picture by collecting views and experiences from the users of these ESG rating providers, as well as those entities covered by ESG rating providers”. The consultation is open until 11 March and feedback will be shared with the European Commission, as the latter is also expected to undertake a complementary consultation on the topic. The Commission said in its Renewed Sustainable Finance Strategy in July last year that it could, following a public consultation and subject to an impact assessment, publish “an initiative” this year to strengthen ESG ratings.  ESMA last year said the market for ESG ratings is “fertile ground for potential conflicts of interest”.

The largest pension fund in the world, Japan’s Government Pension Investment Fund (GPIF), is seeking a provider to conduct a portfolio analysis “regarding the impact of climate change”, according to tender documents published earlier this week. The proposed contract, the value of which is not disclosed, will commence in April until the end of the year and may be awarded to multiple applicants. The deadline for submissions is February 22.

Nasdaq’s one woman director quota is “yesterday’s problem”, according to a new report from MSCI. The report, which looks at Nasdaq’s new diversity rules, said that fewer than 30 companies in the 1,261 Nasdaq-listed constituents in MSCI’s USA investable market index had all male boards, and that the new challenge for diversity-conscious boards would be to achieve gender parity. While female board representation has improved since 2016, with almost half of firms now having three or more female directors, fewer than 20% of firms had 40% or more women on their board. Voluntary disclosure on the racial makeup of boards is also severely lacking, with 89.5% of Nasdaq-listed firms disclosing their board diversity data. Around 70% of the firms that do disclose this data had one or more ethnically diverse director, with MSCI noting that companies have few incentives to volunteer unflattering disclosures.

Ceres has published new guidance for investor engagement on climate risk governance and voting on directors. The document provides details of topics which investors and proxy firms could consider as part of their engagement and voting decisions, including board oversight of climate risk and emissions targets, board competency and independence, and lobbying, as well as identifying which directors could be targeted for voting escalation.

In light of signatories regularly reporting to the Principles for Responsible Investment (PRI) that a lack of consistent and comparable ESG data is a substantial barrier to their responsible investment practice, the investor network is inviting members to join its Corporate Reporting Reference Group. The new group will aim to provide an avenue for engagement regarding their issues and needs. Applicants must put themselves forward by February 25th.