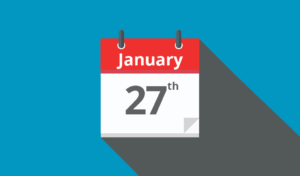 EU Commissioner Mairead McGuinness has said that the European Union "should not fixate" on whether gas and nuclear are pure green or "a bit yellow". In an interview with German newspaper the Frankfurter Allgemeine Zeitung, McGuinness said that the Commission planned to present its final recommendation on February 2nd, having taken feedback from the expert advisory group Platform on Sustainable Finance, European Parliament and EU member states into account. Gas and nuclear are needed as transitional technologies, she continued, saying that it was good that the proposals had sparked "wide political debate". A Commission official confirmed to RI the intention to adopt the complementary delegated act “soon”. The person added: “What matters is that all Member States and the EU as a whole deliver on our collective climate ambition. The proposed Delegated Act identifies natural gas and nuclear based solutions within the boundary conditions set by the European Parliament and Member States. It recognises the different realities in our Member States, while contributing to a sustainable transition". It comes after the Platform on Sustainable Finance rejected the Commission’s push to include gas and nuclear in the Taxonomy earlier this week, saying it would undermine the framework.

M&G has agreed to acquire a 90% stake in impact investment pioneer responsAbility, it announced today. The Swiss impact firm has approximately $3.7bn in assets under management and has invested more than $11bn in private assets across emerging markets since its foundation in 2003. The acquisition, terms of which were not disclosed, is subject to regulatory approval and M&G expects to acquire the remaining 10% of the business in due course. responsAbility's 200 employees will join M&G on completion of the deal.

UK pension pool LGPS Central has made a Net Zero 2050 commitment. The $28.5bn investor announced yesterday it will use the Institutional Investor Group on Climate Change's Net Zero Investment Framework to achieve the goal across its internally and externally managed portfolios, focusing initially on listed equities, corporate bonds, sovereign bonds and real estate. It has also set an interim target to achieve a 50% reduction in GHG eissions by 2030 across its equity and fixed income portfolios. Interim targets for other asset classes will follow "as reliable data becomes available, and to provide attractive opportunities in the renewable ernergy and green tech sector to match our partner funds’ demands".

Rising oil prices could create a "stranded asset trap" for energy companies, according to new research by the Carbon Tracker Initiative. "Oil demand and pricing are currently rebounding, triggering calls for significantly increased investment into new oil – a narrative at odds with the immediate global production reductions required within most 'well below 2C' scenarios," the report says. It warned companies being bullish on short-term signals are risking significant overinvestment,  saying up to $530bn of capex investment could be "wasted" this decade if demand starts declining again and the oil price falls back to around $40/barrel. It warned energy companies to avoid locking in high-cost, long-cycle projects and called on investors to challenge company management on such projects.