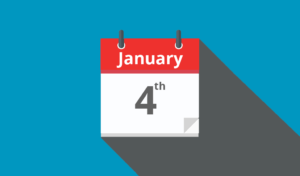 The European Commission has said it "began consultations" on New Year's Eve with a group of EU advisors on a long-awaited draft legal text setting out the eligibility of natural gas and nuclear activities in the EU Taxonomy. The Commission said on 1 January: “Taking account of scientific advice and current technological progress, as well as varying transition challenges across Member States, the Commission considers there is a role for natural gas and nuclear as a means to facilitate the transition towards a predominantly renewable-based future. Within the Taxonomy framework, this would mean classifying these energy sources under clear and tight conditions (for example, gas must come from renewable sources or have low emissions by 2035), in particular as they contribute to the transition to climate neutrality.” The Platform on Sustainable Finance group of advisors to the EU on the Taxonomy have until 12 January to respond to the draft delegated act. The Commission plans to formally adopt the act this month, to then send it to the European Parliament and Council of Member States for scrutiny.

In related news, South Korea has reportedly included natural gas in its green taxonomy. Bloomberg reported liquified natural gas was included in a taxonomy announcement published by the Environment Ministry late last year, while nuclear power was left out. LNG has been classified as a transition activity.

High greenhouse gas emissions tend to be associated with higher credit risk, a European Central Bank (ECB) paper has found. The research covers approximately 560 European and US listed non-financial firms observed between 2010 and 2019. Disclosing emissions and setting forward-looking targets to cut emissions were both associated with lower credit risk. ECB found that the effect of climate commitments tends to be stronger for more ambitious goals, both in terms of the percentage reduction and the speed of reduction. These effects on credit risk are comparable to other factors such as firm leverage, it said. The ECB said the results could have implications on the way central banks approach climate-related transition risk, and could also lead to calls for evaluating whether climate-related transition risks faced by firms are adequately reflected in the prudential and supervisory framework for banks and insurance companies.

Actuarial consultancy Milliman is funding a leadership development programme to support actuaries to develop tools, insights and judgement to address systemic risks such as climate change. Applications to the programme, called Project New Horizon, are open to all qualified members of the UK Institute and Faculty of Actuaries.