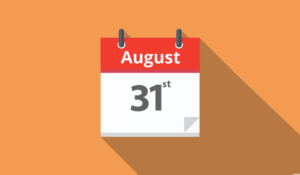 The German government has called for an end to financial support for activities that harm nature, and for increased financial incentives for conservation. Speaking at an event in advance of the global biodiversity summit COP15, State Secretary at Germany’s Federal Environment Ministry, Jochen Flasbarth, said: “It is more urgent than ever to create a new global framework for the protection of biological diversity. Our goal must be to stop the loss of biodiversity in the next 10 years… To do this, we have to join forces in politics and civil society. In doing so, we must ensure that the global funding gap for biodiversity is closed. Funds and subsidies that damage or destroy biological diversity should be abolished and positive incentives for nature conservation should be increased. It is also important to mobilize new funds from all sources and to use financial resources more efficiently and effectively.”

Climate change is the “biggest market failure of all time”, according to the founding CEO of Norway’s sovereign ‘oil fund’, Knut Kjaer. In an interview with the Independent Ireland, Kjaer – who stepped down from Government Pension Fund Norway in 2007 and now chairs private equity house FSN Capital – also questioned the effectiveness of shareholder engagement, saying: “We normally don’t take a bad company and make it good”. He added that asset managers failing to adapt to new behaviour patterns caused by climate change would cause a “much bigger transitional shock later”.

Between 1 April 2020 and 31 March 2021, 160 organisations ceased to be signatories of the Principles for Responsible Investment (PRI), according to its 2021 Annual Report. Amongst the organisations to have left, 89 chose to relinquish their status – including ClearlySo, and Nutmeg Saving & Investment – whilst 15 were delisted for failing to either report or meet the minimum requirements. A spokesperson for the PRI declined to comment on how many of the delisted firms appealed the decision and would not be drawn on the reason for signatories choosing to leave.

Danish pension funds have a collective DKK39.7m (€5.3m) investment in Alrosa, a Russian diamond giant accused of operating a highly polluting mine in Angola, according to reports in Danwatch. Teachers pension scheme Lærernes Pension had the largest investment at DKK22m, while PKA, P+ Pension, Industriens Pension and Pensam – which between them provide pensions for healthcare and social workers, academics, industry, cleaners and care workers – were also invested, alongside insurer Velliv. Danwatch alleges that the Catoca mine, the world’s fourth largest, has leaked waste from one of its reservoirs into the Tshipaka River, with pollution potentially detectable more than 1000km away from the mine. P+, Industriens, PenSam and Lægernes told Danwatch that they would investigate further, while Velliv and PKA said they were monitoring the situation.

The UK Law Commission is drawing up plans to make it easier for companies to be prosecuted in the criminal courts in England and Wales, according to a report in the Financial Times. The Commission is due to present the Government with proposed reforms of corporate criminal liability at the end of the year, having closed a three-month consultation this week. Under current law, involvement in alleged criminality of the “directing or controlling mind” of a company must be demonstrated, but prosecutors – including the Director of the Serious Fraud Office – have called for legal reform after a case against Barclays collapsed when a court ruled that its ex-Chief Executive did not qualify as the “directing mind”. Under the new propositions, companies could be prosecuted if they have inadequate measures in place to stop fraud.