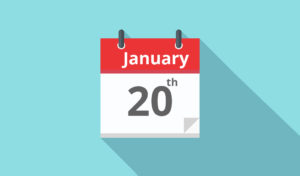 Mammoth Japanese pension fund GPIF has put out a Request for Information on ESG and SDG investment. The scheme wants proposals for research studies on the relationship between ESG investment and both modern portfolio theory and economic theory. “Economics taught us that the economic welfare of society will be maximised both by companies and consumers where companies pursue to maximize profits and consumers pursue to maximize utilities, however, as a result, public goods or commons such as water, ocean and air can be polluted,” it notes. “How can we integrate this externalities in investment?” It is seeking similar information on SDG investing. On both SDGs and ESG, the scheme wants submissions on performance indicators that can judge the effectiveness of such investments.

US Treasury Secretary nominee Janet Yellen would appoint someone “at a very senior level” to lead the Treasury’s efforts on climate change, including creating a dedicated “hub” to “focus on financial system related risks and tax policy incentives”. The former Federal Reserve chair was responding to a question by Democrat Senator, Sheldon Whitehouse, yesterday. Yellen told the Whitehouse, “I think we need to seriously look at assessing the risks to the financial system from climate change”.

FTSE Russell has announced stricter climate standards for its FTSE4Good indices – including the Japanese FTSE Blossom, which is used by GPIF. FTSE currently estimates that around 150 FTSE4Good constituents – representing 10% of the FTSE4Good All World benchmark – currently fall below the new climate requirements. Companies will have 12 months from June 2021 to comply or face deletion.

Just 6% of directors at Fortune 100 companies have relevant environmental and governance credentials, according to a recent study by NYU Stern’s Center for Sustainable Business. Overall, 29% of the 1188 directors had some “relevant ESG credentials”, the majority of which were related to social issues – the ‘S’ in ESG – primarily around health and diversity. Fortune 100 companies include the likes of Walmart, Amazon and Exxon.

The International Integrated Reporting Council has published the first revision to its International Framework since it was originally published in 2013, which it says will enable more decision-useful reporting. The updates by the multi-stakeholder coalition, which promotes communication about value creation as the next step in the evolution of corporate reporting, are the result of a market consultation with 1,470 individuals in 55 jurisdictions.

Sony, Panasonic, and Nissan are among the 92 member corporations of the Japan Climate Initiative who have urged the Japanese Government to raise its 2030 renewable energy target from 22-24% to 40-50%. “An ambitious target will stimulate renewable energy deployment, and Japanese companies will be able to play a greater role in the global business environment, where decarbonization is accelerating,” the coalition said in a statement.

The European Leveraged Finance Association and the PRI have launched ESG disclosure guidelines for sub-investment grade corporate borrowed. The pair have created sector-specific guidance for debt collectors, paper & packaging, and telecoms companies, as well as a sector-agnostic general version. The ESG Fact Sheets are designed to support borrowers in preparing ESG disclosure, and to facilitate engagement between investors and the companies to which they lend on important ESG topics.

UK savings firm for workers in fintech, Cushon, has launched a net-zero pension option, which it claims is the first of its kind because it is “Net Zero now – not later.” The offering has been backed by Make My Money Matter Co-Founder Richard Curtis.