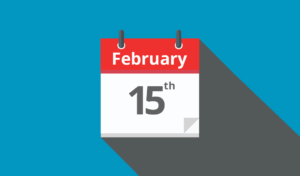 Japan is due to release guidance on safeguarding human rights in corporate supply chains by the summer, its Trade Minister said today, and will consider passing legislation on the topic going forward. According to Bloomberg, the guide is aimed at helping Japanese firms remain competitive in countries which have introduced human rights standards.

Global capital markets trade body ICMA has called on the EU to provide additional flexibility for companies wanting to align with the bloc’s green taxonomy by accepting broader issuer-level risk disclosures instead of issue-specific performance metrics. Under the taxonomy regulation, companies must meet strict social and governance safeguards, and environmental standards, which ICMA has said is reliant on data which is often unavailable. The proposal is one five that ICMA has put forward to the EU to address “usability concerns” in the taxonomy. Its other recommendations include adapting the taxonomy’s technical standards to non-EU jurisdictions and creating a common methodology for the use of estimates.

Reclaim Finance has accused Crédit Agricole of breaching its coal exclusions policy over funding for four companies which are planning to expand their coal operations. The bank's phase out policy, adopted in March 2020, said that "for the continuation of financial services from 2021, the Bank expects its clients to develop and communicate to it an phasing out plan in line with the timetable recommended by climate science […] including a commitment not to develop new projects", but it participated in bond issuances and loans to four companies which plan to increase their output or build new coal-fired power stations, including Glencore and Japanese coal firm Itochu, over the course of 2021. A spokesperson for the bank told the Financial Times that the transactions fell within the policy's transition period, which ended on the 31st of December.

Commercial banks have provided $1.5trn in credit and underwriting to coal firms over the past three years, according to new research from Urgewald. $363bn of this was in the form of credit, with just 12 banks – 10 of which are signatories to the Net Zero Banking Alliance – providing 48% of the funding.

The Australasian Centre for Corporate Responsibility has published a report challenging the liquid natural gas industry's climate claims. The report disputes that Australian LNG has displaced coal in China and Japan, and finds that the majority of Australian LNG facilities are using the more polluting open cycle gas turbines or steam turbines instead of combined cycle gas turbines. The report's author, Alex Hillman, spend close to six years working as a climate advisor at Woodside Energy before joining the ACCR as a Carbon Analyst.